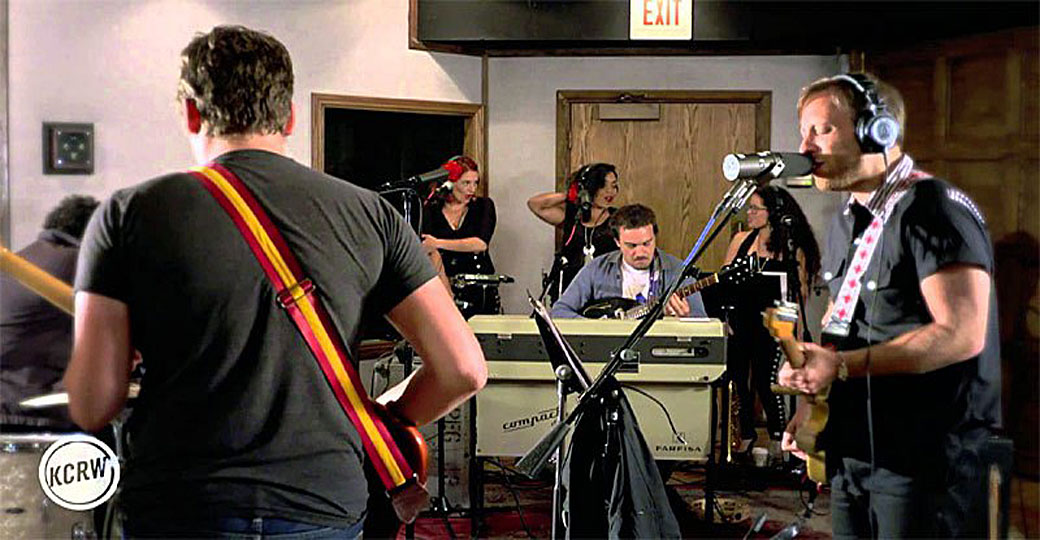 Black Keys frontman/keyboardist/lyricist Dan Auerbach has put together a very cool side project called The Arcs that is a fully collaborative band made up of Auerbach and some notable indie music notables like Richard Swift, Homer Steinweiss, Nick Movshon, Kenny Vaughan, Leon Willis and members of the group Mariachi Flor De Toloache. If that eclectic grouping wasn’t interesting enough it turns out that the inspiration behind most of the songs on The Arcs’ LP are inspired by the Floyd Mayweather/Manny Pacquiao fight from earlier this year. At least something good has come from that shitty over-priced borefest because I have enjoyed all the songs I have heard from The Arcs so far with the posted song, Stay In My Corner, being my current favorite.

The Arcs – Stay In My Corner