The Good:
The mood within the bunker of claustrophobic underlying fear and paranoia really worked for me with this film and a big part of that was due to the acting job that John Goodman did as “end of times” enthusiast Howard. For a good portion of the beginning of the film you didn’t know if Howard was a maniac or just a slightly autistic do-gooder with terrible people skills and Goodman sold all of it with ease. And he was matched pretty well by Mary Elizabeth Winstead and John Gallagher Jr who always played their roles with a certain amount of trepidation as they continuously walked on eggshells around Howard even when we were led to believe that everything was copacetic in the bunker.
I also was happy with how the film kept the audience in the dark about just what was happening in the outside world and even when we were given a glimpse of how bad things were it was done in a way that kept the mystery intact.

The Bad:
I really would have loved to see more time spent on the oddball little nuclear family that was thrown together in that bunker. Especially if it would have given us a slower peeling of the onion that was the demented mind of John Goodman’s character.
Also Mary Elizabeth Winstead’s character of Michelle made my head spin with her transformation from confused runaway fiancee to guerilla seamstress to Ellen Ripley. All of her changes in character happened a bit too quickly and with very little growing pains. 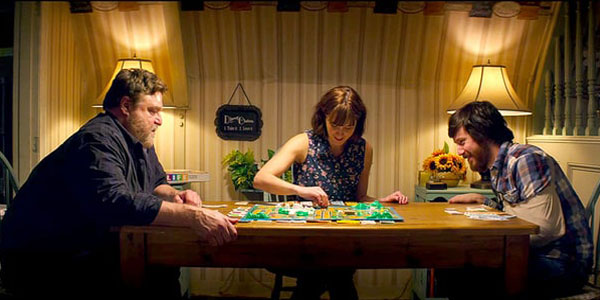 The Ugly:
You could really feel that this movie wasn’t initially set in the CLOVERFIELD universe and that connection was made at the last minute which caused things to feel really incoherent.

Final Verdict: A tense and engaging psychological thriller that takes a hard left turn into over the top sci-fi action that was just a little bit too jarring for my tastes. But everything leading up to the final act was incredibly compelling.