Four friends (among them Katie Cassidy and Elizabeth Henstridge) gather at an elegant home during the Summer of Love, 1969. Unbeknownst to them, deadly visitors are waiting outside. What begins as a simple farewell party turns to a night of primal terror as the intruders stalk and torment the four, who struggle for their lives against what appears to be a senseless attack. – (Source)

The Good:
I liked the trick the director, John Leonetti, used (especially early on in the film) to always keep the home invaders faces obscured so they looked like malevolent shapes in the night more than human beings most of the time.
And as a big nerd it was cool seeing The Black Canary from ARROW (Katie Cassidy) and Agent Jemma Simmons from AGENTS OF SHIELD (Elizabeth Henstridge) onscreen together. 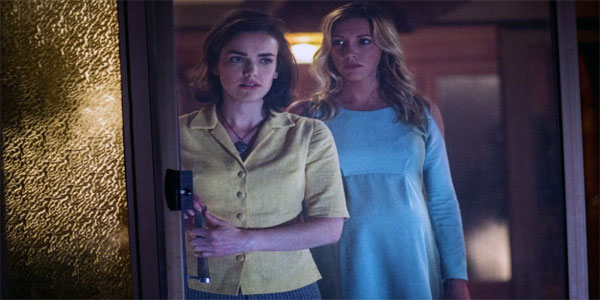 The Bad:
This was such a bad attempt at a home invasion horror movie. None of the victims were characters I cared about and aside from my liking Cassidy and Henstridge in other roles, I really didn’t connect with their characters either. And the cat-and-mouse stuff between the invaders and the victims was dull and went on too long without giving any original takes on things. Basically if you have seen FUNNY GAMES (either version), THE STRANGERS, THEM or HUSH then you have seen this movie already and done much better than WOLVES AT THE DOOR. 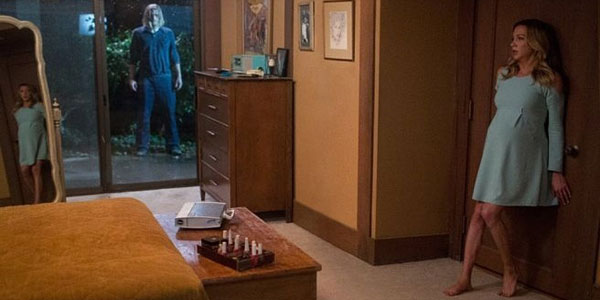 The Ugly:
There is something truly tacky about the decision to base this film on the Sharon Tate murders by The Manson Family. If you are going to make a film about the awful night that actress Tate and her friends were brutally murdered then there needs to be a deftness of touch that takes into account these were real people and real events and that there are surviving family members out there for whom this story is not exactly entertaining movie fare. To take this horrible real life story and present in such a straightforward B-level horror movie way just struck me as a bad creative choice. 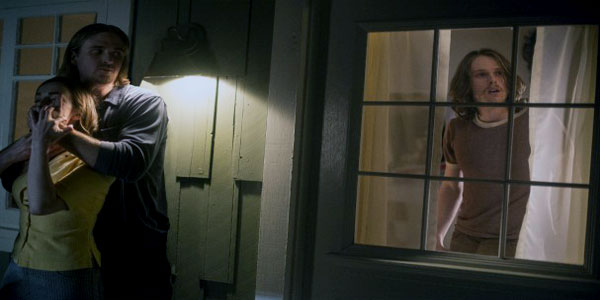 Final Verdict: A schizophrenic film that doesn’t seem to know what it wants to be: a true crime docu-drama or a home invasion horror movie and sadly it fails at being a good version of either of those movie types.