Humans and Transformers are at war, Optimus Prime is gone. The key to saving our future lies buried in the secrets of the past, in the hidden history of Transformers on Earth. – (Source)

The Good:
I will never not completely mark out with nostalgia laced geekiness every time I see a live action Optimus Prime and hear the dulcet tones of Peter Cullen giving one of Prime’s signature rallying speeches.
Anthony Hopkins looked to be having the time of his life in this movie.

The Bad:
This script was basically a hack’s idea of what a complex story should be and the three grown ass professional writers who slapped this garbage together should never work in Hollywood again.
I hated that every Transformer behaved like a 10 year old with ADD who just scarfed down a ton of candy. And all of their dialog basically boiled down to quippy soundbytes.
Mark Wahlberg seemed to be barely awake for the majority of this film.
Tony Hale’s entire character could have been cut out of this movie and mercifully lessened the excruciatingly long running time of this film.
Quintessa was a lame villain. 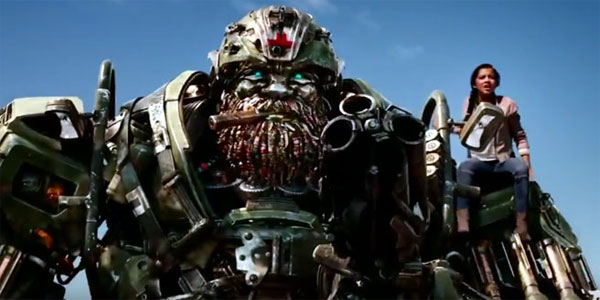 The Ugly:
Megatron has been awful in this franchise since the first movie and making Megatron a jet while also basically tossing Starscream into the bushes like he doesn’t matter is one of the major reasons why Michael Bay really needs to be kept away from this franchise. 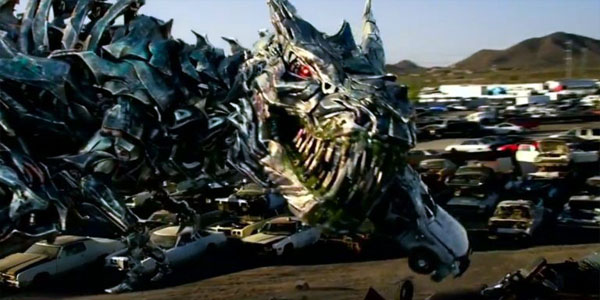 Final Verdict: This messy, mindbogglingly stupid, overlong, underwritten, convoluted junk heap of a movie may be the worst entry in the TRANSFORMERS franchise (and that is saying something since the only one not to be terrible is the first one). At the very least a movie about shape-shifting alien robots should be fun but this one was neither fun or funny. It was just dreck.