A troubled teen moves across country from the suburbs of Connecticut to the mean streets of some unnamed slum in Los Angeles Valley. Immediately upon his arrival he draws the ire of the local gang leader and develops an attraction with the gang leaders girlfriend that leads to a series of run-ins with the gang and a final battle that only one will walk away from.

What’s So Bad About It? 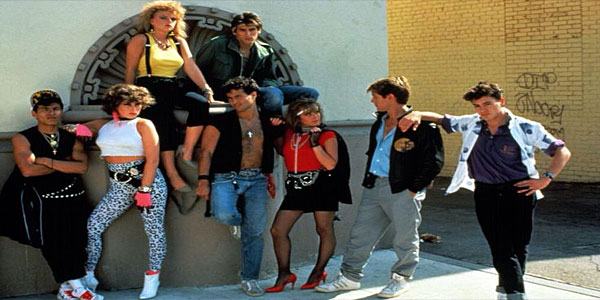 Pretty much everything. The acting (aside from James Spader who must have been full on Spader-like from the womb) fluctuates from middling to unintentionally hilarious to amateurish at best and downright awful at worst. The storyline is an uninspiring take on the oft-retold REBEL WITHOUT A CAUSE setup. And as much as I am a huge fan of this movie’s soundtrack I have to admit that most of the music insertions seem out of place and the insertion of impromptu choreographed dance numbers is just bizarre.