There are very few things that comic book fans can agree on when discussing movie adaptations of their favorite books: THE DARK KNIGHT was dang near perfect, DAREDEVIL was a bit of a train wreck and Halle Berry as Storm in the X-MEN movies was just awful. So upon seeing the photo of Berry in full Storm costuming, that returning X-MEN director Bryan Singer tweeted just fills me with dread. With the changes that were made to the established cinematic continuity by the last X-MEN movie my hopes were up that the opportunity would be taken to rectify the dismal casting decision of hiring Berry to play Storm but alas it was not to be. That won’t stop me, however, from doing my own wishful casting of actresses that would be much better in the role than Halle Berry though. 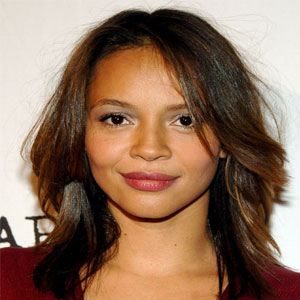 Not a well known name but Carmen has been in a lot of stuff on both sides of the Atlantic. She was the doomed wife of Alex Cross in the terrible Tyler Perry starrer from last year; she played the tragic sister in the musical drama SPARKLE; and she’s appeared on a bunch of TV shows like LAW & ORDER. She can play soft and she can play fiery. Plus she is married to the reliably awesome Jeffrey Wright so he can give her some tips on her performance.

OK, she’s gorgeous as all heck and she has a deceptive range which she doesn’t get to show off all that much. She also has an action movie pedigree from playing Tom Cruise’s partner in the last MISSION IMPOSSIBLE movie. Plus she’d look awesome in whatever costume they decide to put Storm in, even that monstrosity from the pictures up top.

Sophie is an amazing actress who can play pretty much any part and make an impact but the reason why she is on this short list stems from her time on DOCTOR WHO as Liz X, the last queen of England. She fit seamlessly into the crazy sci-fi world of DOCTOR WHO and created a wonderful character with tons of charisma. I have every confidence that she could do the same for Storm.

If I have to explain this one to you then you need to stop what you are doing and go watch FIREFLY, ANGEL, SUITS, hell even CLEOPATRA 2025! Gina Torres was put on this planet to be an action heroine and since nobody had the good sense or bravery to make her Wonder Woman why not give her a shot at the #2 most high profile female super-hero in Storm? She would kick all manner of ass without even breaking a sweat.