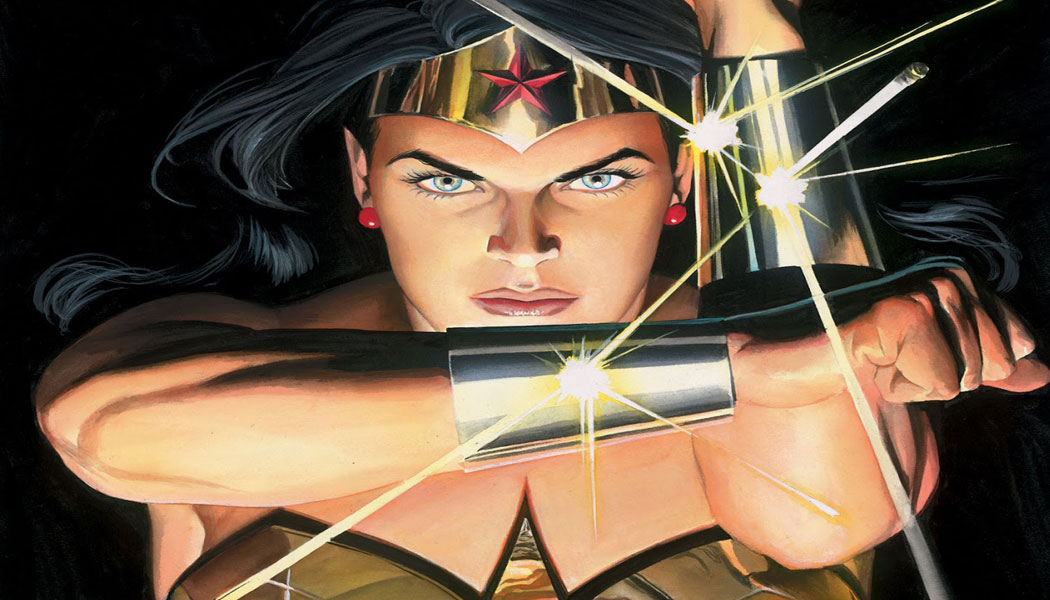 What’s that you say? How can I blame Marvel Studios for Warner Brothers not making a movie of a DC Comics character? That makes no sense to you? Have I skipped my medication for the day?
Well all of those questions will be answered right after the cut.

First things first I want to point out how annoyed I am with the brain trust over at Warner Brothers over the fact they keep acting like getting a Wonder Woman movie done is akin to curing the common cold or making Kanye West and Kim Kardashian not be vile attention whores. Whenever an executive from Warner Brothers is interviewed and the subject of a Wonder Woman movie is brought up, the exec always gives an answer along the lines of ‘Wonder Woman is a very complicated character”, “Wonder Woman’s origin is very confusing”, “Translating Wonder Woman from the page to the screen is extra tricky“, “finding the right actress to be Wonder Woman is very difficult”. To all of those excuses I give a hearty cry of that’s bullshit!

Wonder Woman’s origin has never been confusing not even back when her origin was that she was made out of clay by her mother who then prayed to the Greek Gods to bring the clay sculpture to life. It’s freaking Pinocchio for heaven’s sake! But her revised origin is even easier: Wonder Woman is the daughter of Zeus, king of the Greek gods, and Hippolyta, queen of the Amazons. So a demigod coming to “Man’s World” to fight injustice or some such nonsense is about as straightforward and uncomplicated an origin story as there is.

As for translating Wonder Woman from the page to the screen, well that has been done very capably already in the 2009 animated WONDER WOMAN movie. The gist of the plot is that Steve Trevor crashes his plane on Paradise Island around the same time that Ares, who is imprisoned there after losing in a war with the Amazons a millennia ago, makes his escape. Wonder Woman gets tasked with taking Trevor back to “Man’s World” and while there she finds out about Ares escaping and his plot to start a worldwide war which would serve to increase his powers since he feeds off of war. So the basic plot is “Wonder Woman vs  The God of War”.
Wham! Ya got action, intrigue, adventure and romance…what is so hard about that?

Now I do agree that finding the right actress for the role is a pretty tough task, as evidence by the actresses cast prior to (looking at you Cathy Lee Crosby) and following ( and don’t think I can’t see you over there, Adrianne Palicki) the pitch perfect casting of the role for the 1970s TV series, but it is not an impossible one. Some casting director in the 1970s was able to strike casting gold by grabbing Lynda Carter for the role in that old WONDER WOMAN TV series so I am sure that someone could achieve the same results today. I’ll even help with a quick list of 3 women who would all make a great Wonder Women:

1. Gemma Arterton
I really don’t have much to say about Arterton other than she has been my pick for the role of Wonder Woman since the first time i saw her in that horrible QUANTUM OF SOLACE and then she was the only thing that kept me from walking out of the theater during the dreadful CLASH OF THE TITANS remake and it was because of her that I sat through Jake Gyllenhal’s terrible accent in that unfortunate PRINCE OF PERSIA movie. She’s beautiful, she’s exotic, she can act and she is age appropriate. Sign her up STAT!

2. Alexandra Daddario
C’mon! Look at her! she already looks like she was sculpted by clay and granted life by Zeus. Plus she has played a child of the gods already as Annabeth (the daughter of Athena) in the PERCY JACKSON films. She is also in the right age range and dammit she just looks like she should be Wonder Woman!

3. Katrina Law
Law played the fierce slave girl turned warrior woman Mira in the awesome Starz series SPARTACUS. In that show she proved adept at handling really brutal combat scenes as well as having experience being in the sword and sandals genre. she also has a an exotic look that I always think works well for Wonder Woman and at 28 is not too old for the role.
Now that wasn’t all that hard was it?

Of course there is also the old excuse that young men (who are the target audience of movies like this) would never go see a movie with a woman as the lead. That is another example of bullcrap excuse making. For one thing, women and girls like to go to movies too and they seem to be pretty big fans of the super-hero genre. Plus there are several recent examples of action movies with female leads that have been box-office success with THE HUNGER GAMES being the best and most recent example. Katniss Everdeen is a teenage girl and her portrayer Jennifer Lawrence is all woman yet that movie did great financially and critically with the sequel being one of the most anticipated movies of next year. If a movie is good and has the right marketing behind it then people of both sexes will go see it. To think otherwise is just idiocy.

But I have gotten completely sidetracked from the main point of this post which is that the fault for why we are not getting a Wonder Woman movie anytime soon rests mostly on the shoulders of Marvel Studios. Everyone recognizes that Warner Brothers is playing a serious game of catch-up with Marvel in the super-hero film arena. The only properties that WB seems to have any confidence investing time and money into are Batman and Superman and until they feel rock solid about those films the likelihood of a Wonder Woman film being made is pretty remote. But that would not be the case if Marvel would actually put some of their movie-making muscle behind a solo film featuring a female character. Because success breeds copycats and the newfound urgency that WB is showing to get a JUSTICE LEAGUE movie started is based entirely off of the success of THE AVENGERS movie.

THE AVENGERS was a massive hit and the IRON MAN franchise of films are just as big so why has there been no movement on giving the one female super-hero that has been in both a shot at her own movie? A Black Widow spin-off with the full might of the Marvel/Disney machine behind it would be a huge success. The character is played by a well-respected and pretty popular actress in Scarlett Johannsen and the character is obviously thought highly of by the studio since she will appearing in the CAPTAIN AMERICA: WINTER SOLDIER movie. So that is three appearances in major motion pictures by Black Widow which seems to me to be a good indicator that her own movie is worth a shot. I mean it’s not like they are skipping over this character in order to make movies about fringe, D-list characters or anything, right?

The idea that Black Widow is stuck as a supporting character and other Marvel Comics ladies like Wasp, Captain Marvel and She-Hulk (all members of The Avengers by the way) are not even being developed for appearances on the big screen is awful enough but knowing that Marvel has started production on ANT-MAN and GUARDIANS OF THE GALAXY while showing no movement on a female led feature film is not only ridiculous it is downright insulting. One movie features talking raccoons and sentient trees while the other is about freaking Ant-Man! If Marvel would actually be serious about getting a female led solo movie out to theaters and that movie was a success (which is likely based on the good will with fans Marvel has engendered and the studio’s overall track record of Marvel’s films) then Warner Brothers would automatically put Wonder Woman on the fast track because right now Warner Brothers is following Marvel’s lead on all things super-hero cinema. So if the undisputed financial, critical and creative leader of the super-hero movie genre doesn’t seem to give a rat’s ass about making a film starring a female super-hero then no other studio is ever going to have the stones to do it. So grow a pair, Kevin Fiege! Get that Captain Marvel movie starring Katee Sackkoff in production ASAP so that the scared bunnies over at Warner Brothers can finally get brave enough to try their hand at putting out the long overdue Wonder Woman feature film.