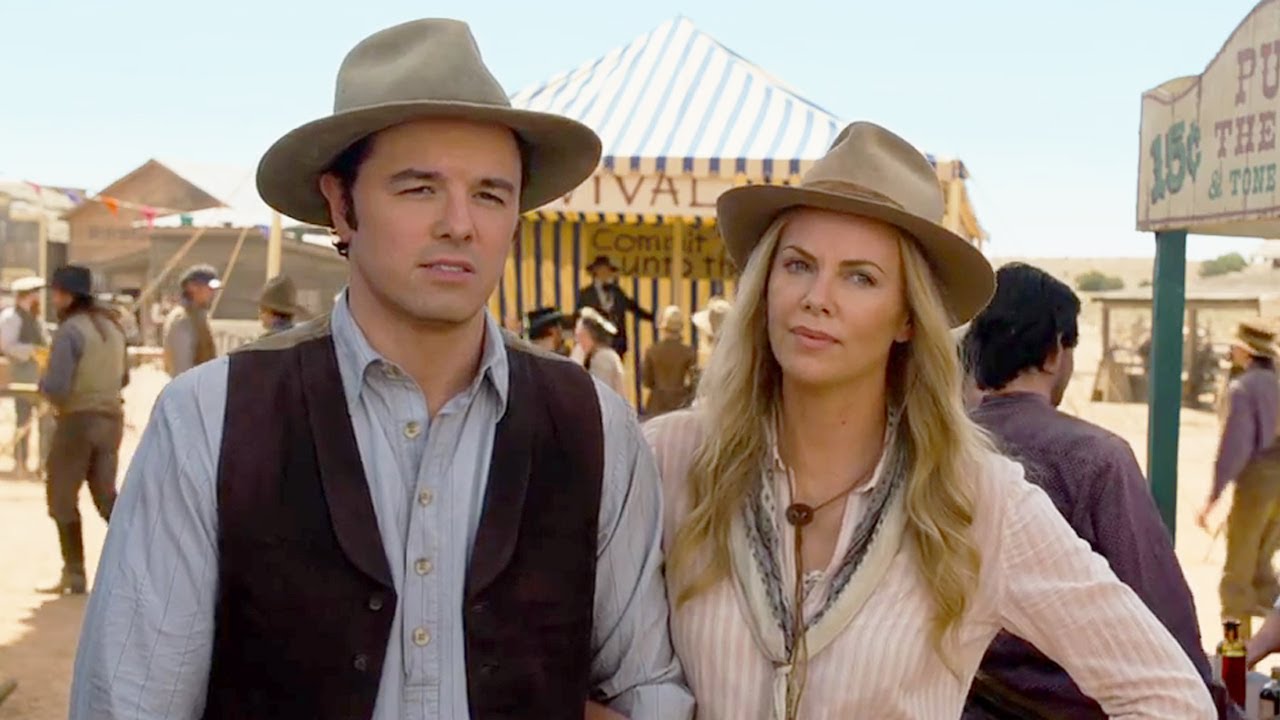 Synopsis:Seth MacFarlane directs, produces, co-writes and plays the role of the cowardly sheep farmer Albert in A Million Ways to Die in the West. After Albert backs out of a gunfight, his fickle girlfriend leaves him for another man. When a mysterious and beautiful woman rides into town, she helps him find his courage and they begin to fall in love. But when her husband, a notorious outlaw, arrives seeking revenge, the farmer must put his newfound courage to the test. – (Source)

The Good:
To my eternal shame I still bust a gut at scatological humor…something about crass jokes built entirely around bodily functions just tickles my more juvenile funny bone.
Liam Neeson and Neil Patrick Harris were really good in their roles. Neeson as the bad guy seemed to be acting in an entirely different movie and I would love to see him bring his talents to a serious western. And Harris was funny as the mustachioed jackass who makes time with the Seth McFarlane character’s girlfriend.

The Bad:
This movie was not consistently funny. Hell, I’d go so far to say it wasn’t even all that inconsistently funny either. There were a few funny moments but they were few and far between and way too many of the jokes and sight gags arrived with a thunderous thud.
I also think that Seth McFarlane should not have cast himself in the lead. The guy is a great voice actor and I love his TV shows (I even enjoyed the much maligned CLEVELAND SHOW) but as a physical actor he just doesn’t work. HE has nearly zero screen presence and comes off as an awkward distraction which is not a good thing when he is playing the lead role.

The Ugly
This movie has a running time of 1:56 and it was the longest almost 2 hours of my life.

Final Verdict: An unfunny, interminably blah comedy that wastes the talents of far too many good actors and should be Exhibit A in the case against Seth McFarlane as an actor. This dreck makes WAGONS EAST look like a comedy classic.

12 thoughts on “Good, Bad & Ugly Review: A Million Ways To Die In The West”