The Good:
The performances by the majority of the cast are top notch with special praise rightfully going to Pedro Pascal (having a helluva time playing the head vamp), Fran Kranz (a jumble of neuroses and panic), Joey Kern (really funny as the office stoner) and Marshall Givens (as a way too gung-ho security guard). 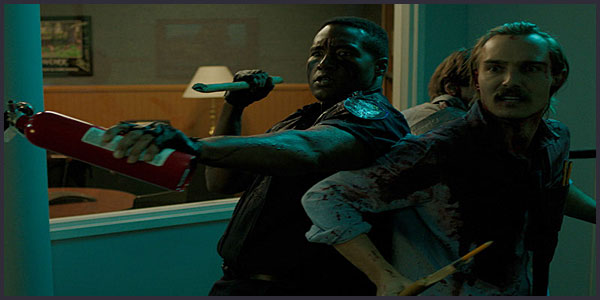 The Bad:
This movie spends way too much time being just a mildly amusing office comedy instead of spending more time on the comedy-horror aspects.

The Ugly:
I can forgive the limitations of a film with a minuscule bludget if the folks behind the scenes are capable of overcoming that deficiency in creative ways but this movie looks like it cost $4.68 and that cheap vibe really hurts the overall enjoyment factor.

Final Verdict: A movie that really should have been much better than it actually ended up being, BLOODSUCKING BASTARDS has several really fun acting performances but not much else going for it.