The Good:
I love the concept for this film and the chemistry between the 3 leads (4 if you count the ass-kicking stripper who joined them) was really good. And there were some inventive zombie kills to be had in this one.

The Bad:
The best comedy-horror (or horror-comedy depending on which side you prefer your bread to be buttered), to me at least, has to have a certain amount of stakes and situations that truly invoke pathos. A perfect example of this (and keeping things in the zombie sub-genre) is SHAUN OF THE DEAD…it was a hilarious movie that also managed to make you feel the heightened stakes for the characters and genuine fear and sadness when bad things happened. SCOUTS GUIDE has none of that. Things are played almost 100% for laughs and there is never a time that I feared for any of the main character’s safety or that I felt anything for any of the characters that were killed. 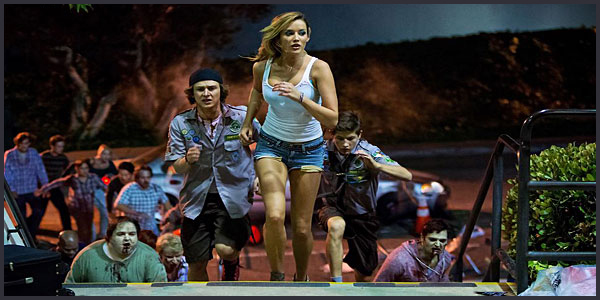 The Ugly:
Call me crazy but nekkid zombie breasts are just not something I enjoy.

I really do need my zombies to retain some semblance of modesty. 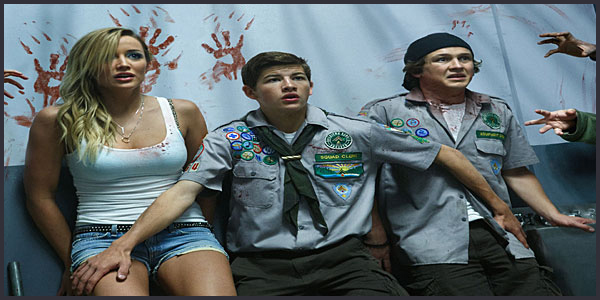 Final Verdict: A fun concept with some fun scenes that never quite comes together to make a truly enjoyable comedy-horror film. I would recommend it as a Netflix view though because there are moments where things really do work.