The Good:
To their credit (and not really too much of a shock) Clifton Collins, Jr. and Lance Henriksen seemed to be the only actors involved in this movie who realized that it needed to played with tongue firmly in cheek. 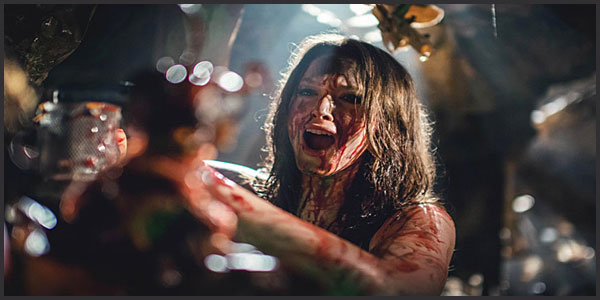 The Bad:
I can honestly say that I have never seen less chemistry between two actors than the absolute vacuum of chemistry that was on display from the two leads (Matt O’Leary and Jessica Cook) in this movie. They were bad at playing two people who had issues with one another and they were even worse at playing two people with romantic feelings for one another.
This movie also had dreadful pacing and the best (or worst depending of your viewpoint) display of this problem was in the movie’s final stretch that seemed to go on for ever and ever and ever.
Also the computer generated visual effects were pretty darn sketchy looking.

The Ugly:
The first 20 or so minutes of this movie was a sure fire cure for insomnia it was so boring.

Final Verdict: Someone is really going to have to explain to me how a movie about giant, mutated, flesh-eating killer wasps could end up being so terribly unfun. So many missed opportunities and wasting of a couple really good character actors.