The Good:
Carol Morley a hypnotically shot and intriguingly written tale that sometimes feels like a teenagers fever dream. The movie really shines when it deals with the students at an all-girl school’s budding sexuality clashing with their rigidly repressed surroundings and even more when the story shifts to the epidemic of fainting spells that the viewer is left to question whether they are a result of mass hysteria, a dark prank or something more supernatural.
There are also many stand-out performances especially from Maisie Williams as the principal character and Greta Scacchi as a no nonsense teacher who has a secret of her own that makes her not all that different from the girls in her charge. 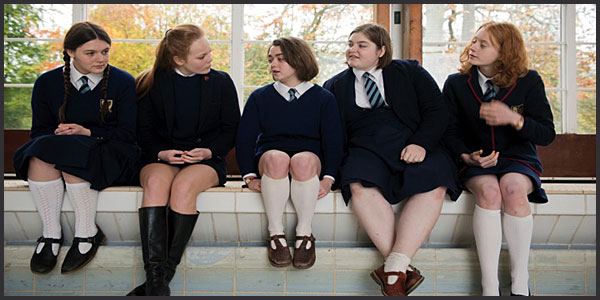 The Bad:
The final act seems to have gotten away from Morley as a writer and director with her diving headfirst into old school melodrama a bit too heavily with a few reveals and the culmination of an awkwardly executed incest subplot.

The Ugly:
I really was not prepared to see Arya Stark make the beast with two backs. Was not ready for that at all. Nope. Not one bit of preparedness for it.

Final Verdict: A visually gorgeous and incredibly acted film that suffers from a tendency to meander in spots and a bit of a letdown by the director in the final act. Definitely worth a watch, flaws and all.