The Good:
James Wan wrings every ounce of tension and anxiety out of a scene with inventive camera angles and creating a sense that the audience is actually in the room where a boogeyman is about to jump out. He also is not one for cheap jump scares which is highly commendable in a horror director because far too many directors use the jump scare as a crutch.
Also the performances were great. Vera Farmiga and Patrick Wilson have grown very comfortable in these roles as evidenced by how easy their chemistry with one another is or with how well they play up the believability in the far-fetched situations they are acting in. And Madison Wolfe and Frances O’Connor, as Tina (the target of the demonic shenanigans) and her long-suffering mother, were both pitch perfect. Wolfe made Tina the best possessed child in a movie since Regan in THE EXORCIST and O’Connor conveyed her character’s world weariness masterfully.
And whoever came up with the design for the Nun Demon needs to be forced into therapy because that character’s look was amazingly creepy and points to someone still having tons of issues with their time in parochial school. 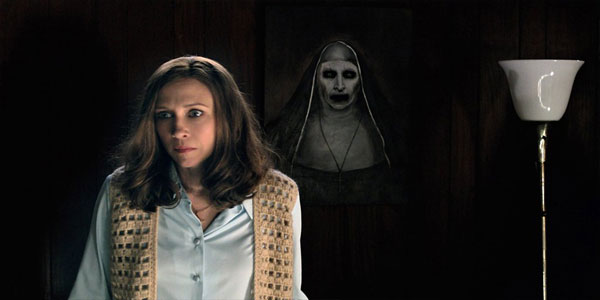 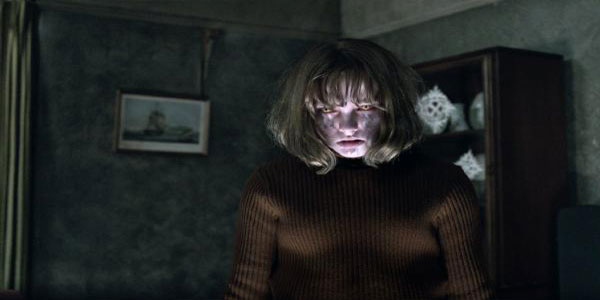 The Ugly:
The same issue I had with the first film I have with this one…I am just not a fan of happy endings in horror movies and THE CONJURING seems to be doubling down on everything coming up roses by the time the credits roll.

Final Verdict: A creepy, scary, thrillingly good time at the movies. James Wan is the unquestioned reigning champ of horror and I am perfectly willing to plunk down my hard earned cash to see the further macabre adventures of Lorraine and Ed Warren for as long as Wan (and Farmiga and Wilson) want to keep making these incredibly entertaining movies.