The Good:
Dwayne Johnson is such a versatile action hero. He is capable of playing the standard bad-ass without question but he is also genuinely funny and able to go toe to toe with Kevin Hart in that area and not lose any ground at all. But his most unconventional action hero ability is that he also can play heartfelt very well. He was able to convey the sadness and loneliness of his character very well and you really believed that he was once a bullied fat kid with a deep and abiding love for singing En Vogue songs in the shower.
Also the chemistry between Hart and Johnson was spot on and that is the biggest test for these buddies movies because bad chemistry between the two leads of a movie like this could very easily result in a bad movie like RIDE ALONG.
And Jason Bateman was a wonderfully rotten douchebag bully. 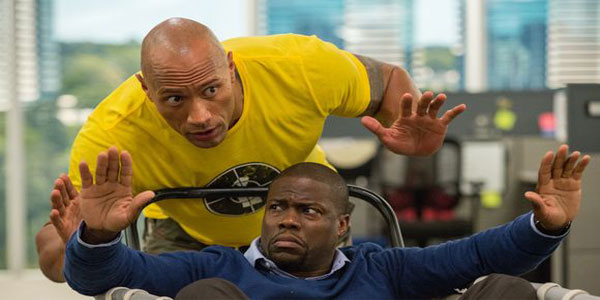 The Bad:
Performances aside this is a pretty by the numbers movie that doesn’t do much with its script to try and be anything more than a goofy buddy action-comedy. 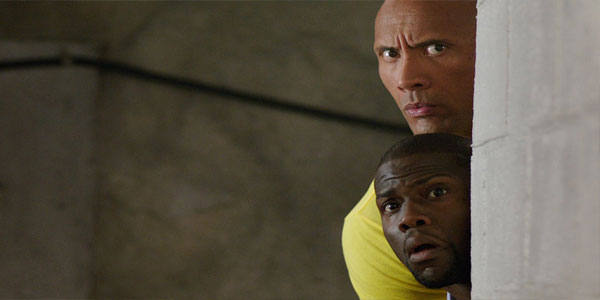 The Ugly:
While watching this movie I had the overwhelming feeling that in an earlier draft of this script that the Johnson character was written as being gay and then that idea was scrapped for whatever reason. I think not having Bob Stone/Fat Robbie be gay was a huge missed opportunity to circumvent a lot of the pre-conceived notions folks have about these types of films. I mean the guy was into unicorns, fanny packs, En Vogue and he had a major crush on the big man on campus from high school to the point he slept in the guy’s lettermen jacket. 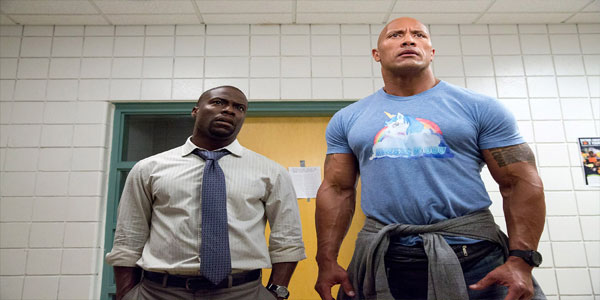 Final Verdict: A fun but predictably by-the-numbers action comedy that gets by on a winning performance by Dwayne Johnson and the great comedy chemistry between Johnson and Kevin Hart.