Rotten Tomatoes Rating: 36% (Critics) / 17% (Audience)
Directed By: Chad Archibald
Written By: Chad Archibald
Starring: Elma Begovic, Annette Wozniak, Denise Yuen
Studio: Black Fawn Films
Synopsis: While on her bachelorette party getaway, Casey, the bride to be, gets a seemingly harmless bite from an unknown insect. After returning home with cold feet, Casey tries to call off her wedding but before she’s able to, she starts exhibiting insect like traits. Between her physical transformation and her wedding anxiety, Casey succumbs to her new instincts and begins creating a hive that not only houses her translucent eggs, but feeds on the flesh of others. As her transformation becomes complete, Casey discovers that everything can change with a single bite. – (Source)

The Good:
BITE truly lived up to the hype from early screenings that it was a major gross-out movie. This movie is pretty damn disgusting to be quite honest and writer/director Chad Archibald deserves props for going for broke on the gross-out meter and delivering some pretty gruesome body horror visuals. 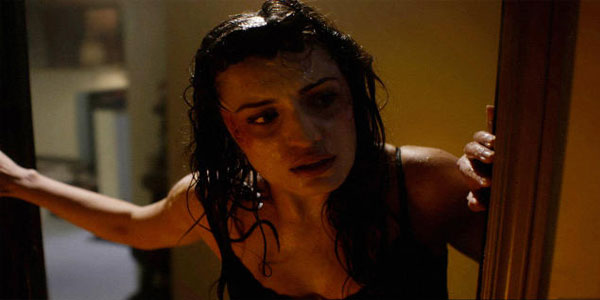 The Bad:
Too bad a high gross-out quotient doesn’t automatically equal a good movie. BITE almost lost me as a viewer with the mind-numbingly banal bachelorette weekend video stuff. I also didn’t care one bit about any of these characters not even the doomed lead character who is the victim of the titular bite.

The Ugly:
The idea that a woman could turn into a goo secreting, egg laying bug monster in a tiny apartment building and somehow be successful at luring multiple victims deep into her apartment despite the place being a foul smelling sticky mess of bodily fluids and egg sacs is just asking too much of this lifetime horror movie fan. No one is as stupid as the people in this movie.

Final Verdict: Visually BITE is impressive and shows some decent body horror potential but things never quite come together enough to truly work for me.