The Good:
Like with THE PURGE: ANARCHY, Frank Grillo was very good as our lead action hero. I am perfectly fine with seeing Grillo’s Leo Barnes continuing as the face of this franchise.
I also got a kick out of the over-the-top gang of teenage murderesses. The lead murder chick delivered her scenery chewing performance with such gusto that I was a bit saddened that she wasn’t in the film more.
And this third film continues the trend of magnificently twisted murder and mayhem. The costumes worn by and wacky methods of killing employed by the Purgers were pretty cool. 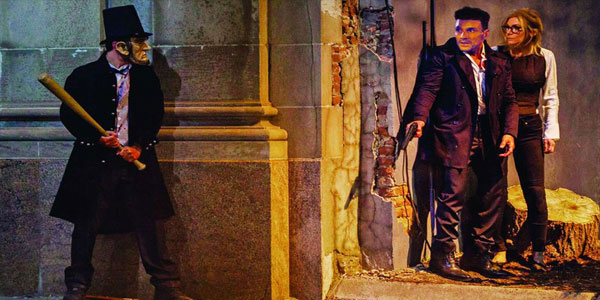 The Bad:
Elizabeth Mitchell is a wonderful actress and has shown an ability to play more physical roles very well so it was disappointing that she tended to have no agency in this movie and was relegated to the damsel in distress who always needed someone to come and rescue her from certain death.
This movie also treads on so much of the same ground as the prior film that it felt really redundant. Nothing about this movie felt new or fresh. There was a throwaway in film new report about “Murder Tourism” where people from around the world were coming to the US specifically to take part in The Purge and that concept sounded like it would have made for a much more compelling film than the one we got. 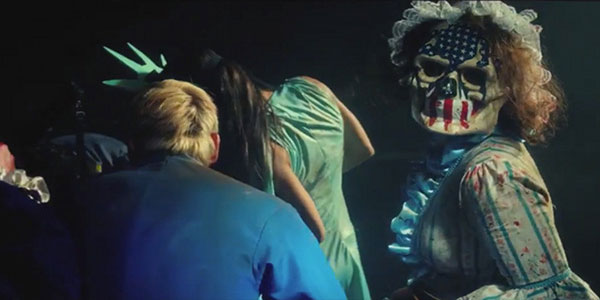 The Ugly:
I was kinda bummed with how many “Sacrificial Negroes” appeared in this movie. For those not aware, the “Sacrificial Negro” is a movie race trope wherein a black character (or characters) sacrifices their life in a bid to save a more important white character. This movie pulled that trope out twice in the span of about 5 minutes. 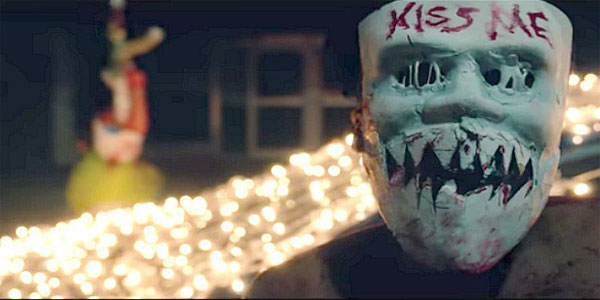 Final Verdict: A bit of a letdown from a very entertaining second film. THE PURGE: ELECTION YEAR was a little too redundant for my tastes and wasted several opportunities to veer off the well-worn path of the previous films in the franchise resulting in a movie that doesn’t deliver the thrills and entertainment one would have hoped for.