The Good:
This film had an overwhelming sense of foreboding from the start. Even as Will (Logan Lerman) and is new girlfriend were driving to his ex-wife Eden’s (Tammy Blanchard) house you were unable to ignore the discomfort that the characters were feeling. And once they arrived at the party and Eden and her new husband (Michiel Huisman) began turning the evening into the most cringey dinner party since Ryan Gosling brought his inanimate girlfriend home to meet the family in Lars and the Real Girl.
The uncertainty of just whether Will is being overly sensitive and paranoid or if the oddness of the night is really leading to something sinister is also mined for all its worth to really good effect.
Director Karyn Kusama creates, sustains and, over the course of the film, ratchets up the awkward tension from scene to scene with such a skillful hand that you want to look away or make it stop multiple times throughout the film. And when things finally take a massive left turn and the movie descends into even darker territory, it never becomes routine or cliche. I also loved that we were always seeing things from Will’s perspective so the audience was really just as unsure about what the rest of the characters were really up to during the evening.
And special props to John Carroll Lynch who has an uncanny knack for playing super creepy characters.

The Bad:
I was not too keen on the inclusion of the flashbacks to happier times between Will and Eden. I get that it was used to contrast what was going on at the dinner party as well as flesh out the reason for their split but the flashbacks never really felt like they fit in this movie. 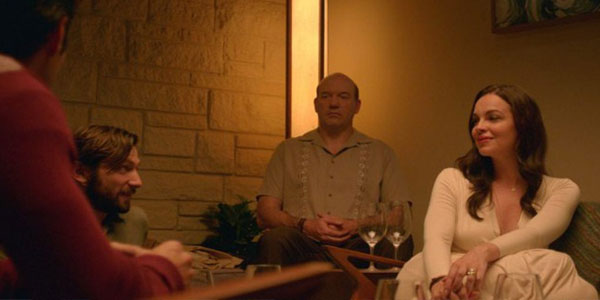 The Ugly:
I thought the casting for this film was really spot on with one exception…the bane of my existence and ruiner of my viewing enjoyment, Michiel Huisman. As soon as he appeared onscreen for the first time I had this reaction:

Its not rational but I cannot help it. 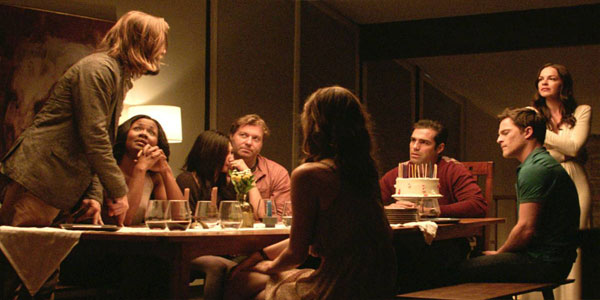 Final Verdict: This movie is super tense in the most enjoyable way and truly keeps you guessing about whether there is really something seriously wrong about to happen or if it is all in the mind of the main character. And once the film answers definitively the movie still manages to maintain the same levels of good tension thanks to the directing talents of Karyn Kusama.