The Good:
I am drawing a blank on any positivity over here.

The Bad:
The performances from top to bottom were sub-par, the movie dragged on forever before getting to anything even remotely interesting and the ending was just a slapdash mess that provided no satisfaction to me as a viewer. 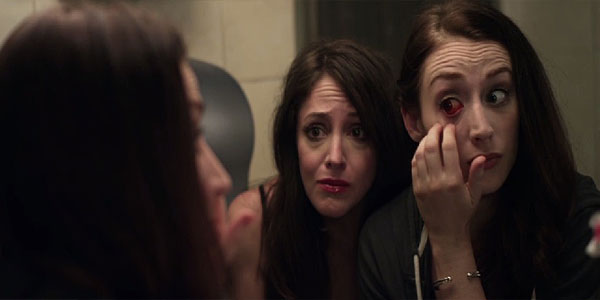 The Ugly:
What was with the whole lesbian getting mad at her girlfriend and banging the first random guy she meets? Why couldn’t she have had dangerously unprotected sex with another woman? Was Samantha even bisexual? In a film that is trying to be some sort of commentary on sexual activity in modern times it seems kinda lazy to not put any effort into explaining the sexuality of the main character.

Final Verdict: If watching 90 minutes of a badly acted and excruciatingly tedious transformation into a pseudo-zombie is your cup of tea then CONTRACTED is the movie for you. But if you are not a masochist then I would suggest avoiding this movie as if it had a very easily transferable zombie venereal disease.