The Good:
This movie was fun. I mean Saturday afternoon monster movie theater types of fun except with amazingly gorgeous effects instead of stunt men in shabby rubber suits. Watching a realistically CGI rendered big ornery ape tossing around helicopters and chowing down on a giant octopus is my idea of a good time.
I also loved Samuel L. Jackson’s performance as an old soldier looking for a war who quickly turns into a Vietnam era version of Capt. Ahab in his obsessive quest for revenge against Kong.
Matching Jackson in the memorable performances department is John C. Reilly as a World War II pilot who crash landed on Skull Island and has been stuck there for 30 years. His ability to transition from befuddled, bemused confusion to scary lucidity was fun to watch.
And I was ecstatic to not have the tired (and downright creepy) flirtation with bestiality between Kong and the movie’s leading lady in this film. Aside from not wanting to kill Brie Larson’s character, Kong treated her like he did most of the other humans that didn’t piss him off. 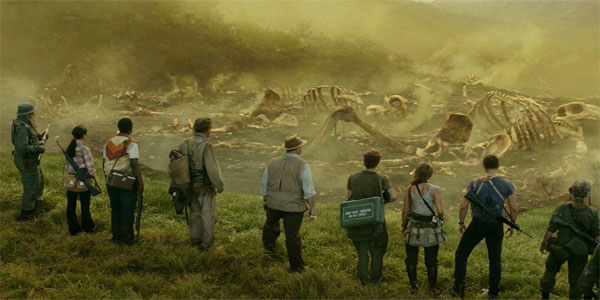 The Bad:
I absolutely hated the design of the primary big bad monsters (the “Skullheads”). The no legs/snake like lower body was odd looking and honestly everything about these creatures were just ho-hum to me. 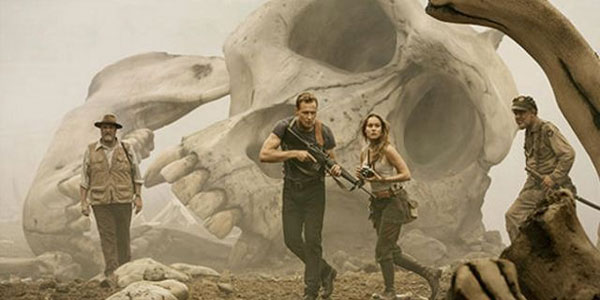 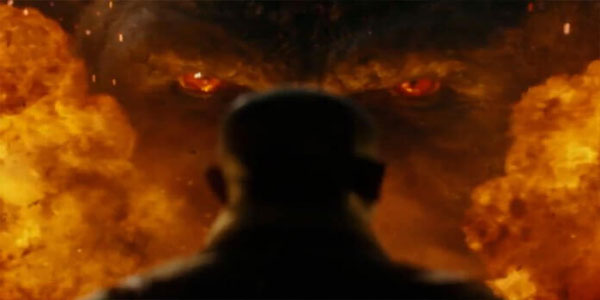 Final Verdict: KONG: SKULL ISLAND is a big, splashy effects laden B-movie monster mash and y’know what? That isn’t a bad thing at all. After the disappointment of the GODZILLA reboot this popcorn flick is everything I wanted in a Kong movie and hopefully the Kong/Godzilla team-up movie that is in the works keeps the tone of this one.