After a young woman is kidnapped, her captors soon come to realize that in fact they may be the ones in danger and this young woman has a dark secret inside her. – (Source)

The Good:
I love Sharni Vinson. She is at the top of the heap of this generation’s Scream Queens and she classes up any horror film she is in with her ability to convey vulnerability while also being strong as hell and able to kick all kinds of butt. She brought all of that to her role as Hazel, the leader of the film’s band of kidnappers who had the worst taste in kidnap victims.
My absolute favorite part of the movie was the videotape flashback that showed how the kidnap victim (Katherine) ended up possessed by a demon. It included two priests, one of whom was sporting a snazzy metal finger claw for some reason, that instantly were more interesting than most of the rest of the cast and really was the highlight of the movie for me. That 10 or so minutes of backstory grabbed my interest more than anything in the rest of the movie. 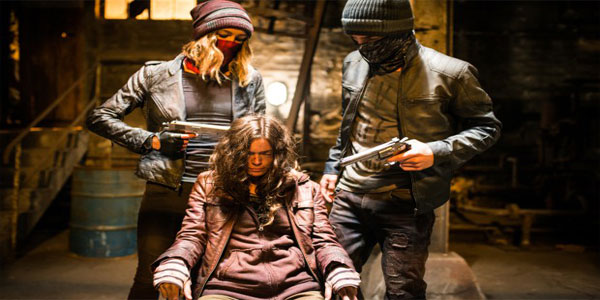 The Bad:
A pet peeve of mine is when a movie not consistent with its own set of rules and this movie did it a couple of times. The head demon had the power to make people see demonic versions of people they felt guilty over and these minor demons had the ability to plant “demon seeds” in normal people that eventually possessed these people and made them demons too. But this only was done once by one of the minor demons. All the other minor demons just seemed to pop up like annoying specters and less like demonic lackeys.
Also Hazel’s mom popped up as one of the “guilt demons” but for some reason she helped Hazel out and even killed some of the minor demons. What was up with that?
Also the head demons power levels were all over the place throughout the entire movie. One moment she’s telekinetically tossing around woodworking tools and deflecting bullets the next she is being taken out by a wrench to the head and pair of flimsy handcuffs. 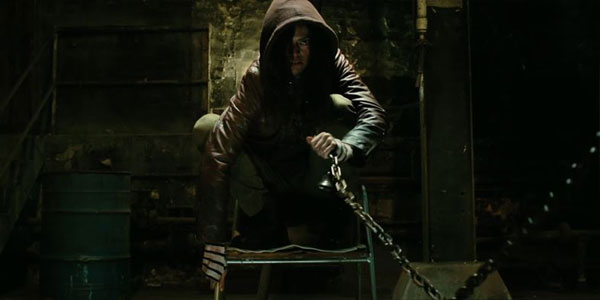 The Ugly:
I don’t know who came up with the mouth tentacles design for the demons when they were possessing people but it was a bad idea and looked goofy as hell 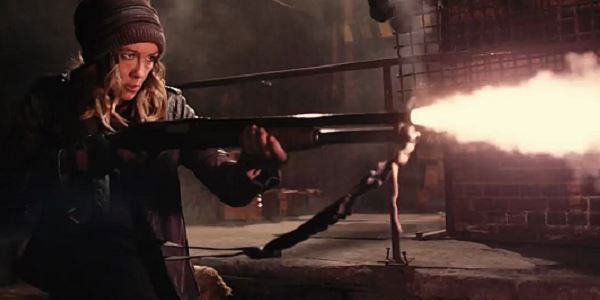 Final Verdict: HOUSE ON WILLOW STREET is basically a bunch of jump scare scenes with a flimsy movie wrapped around them. The main baddie’s main power seemed to be inconsistency and I really didn’t care about any of the people who ended up being killed by her. There was some missed potential in a very interesting flashback sequence that would have made a better movie and Sharni Vinson was solid as this film’s Final Girl but overall I was pretty underwhelmed.