Billionaire Danny Rand (Finn Jones) returns to New York City after being missing for years, trying to reconnect with his past and his family legacy. He fights against the criminal element corrupting New York City with his kung-fu mastery and ability to summon the awesome power of the fiery Iron Fist. (Source)

The Good:
Jessica Henwick as Danny Rand’s sidekick and love interest was very appealing in the role of conflicted lady samurai and would have probably made a better lead on her own show instead of being stuck in this mediocre series.
And despite starting out as a one note uninteresting Donald Trump Jr type, Tom Pelphrey (as Danny Rand’s childhood friend and current business partner) ended up being the only male character who showed any nuance or growth over the course of the series and by the end was far more interesting than the actual star of the show. 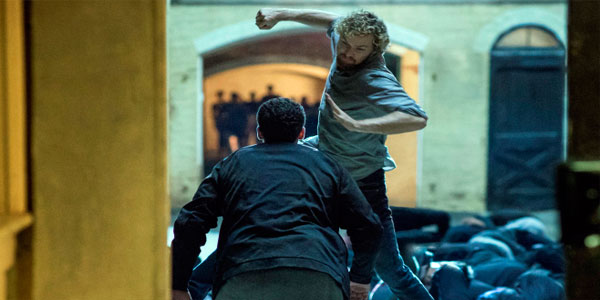 The Bad:
Scott Buck is not a person that inspires much confidence in me when I see his name attached to a project after the absolute hatchet job he did on the cable series DEXTER. So I was cautiously optimistic that maybe he wouldn’t be as dreadful on IRON FIST. I was wrong.
Buck and his team of writers/directors put together 13 of the most uninspiring episodes of television I have ever forced myself to slog through. This is a show about a rich kid who is raised in a secret kung-fu monastery who comes home to claim his fortune. You’d think a lot more of the focus would have been on the kung-fu aspect of the story but instead Buck decided that corporate intrigue was where the biggest entertainment factor was. And that is mind-boggling.
Also this show seems to have hired a fight choreographer who doesn’t know how to choreograph a fight scene at all. The fight scenes in this show were like the most laughable fight scenes from the old STAR TREK. And speaking of chintzy sci-fi shows from the 1960s, every time this show took us to the secret city of K’un L’un it was like something out of LOST IN SPACE.
Toss in a primary villain that was completely forgettable and you have a bouillabaisse of blah on a show that should have been a fun and kick butt adventure. 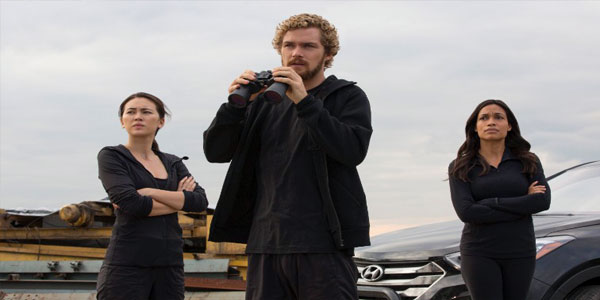 The Ugly:
The biggest mistake this show made was in casting Finn Jones as the lead. Aside from blank stares and petulance I don’t think Finn Jones showed any range as an actor. He was flat and unappealing no matter who he was in a scene with and I am amazed that any of his co-stars managed to get any of their lines out convincingly at all with Jones giving them nothing to play off of ever.
And on a totally superficial note…who made the decision to keep that Brady Bunch perm on Jones’ head for the entire series? I wanted to leap through the TV screen with a hot comb and straighten out that obnoxious Jheri Curl through the whole 13 episodes. 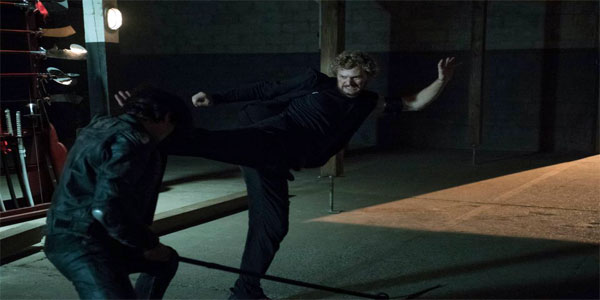 Final Verdict: IRON FIST (which should have been a kooky kung-fu odyssey) is a drab, boring, badly written, badly acted for the most part, badly directed chore to get through thanks to an unimpressive lead and an untalented showrunner.