Tara Markov is a girl who has power over earth and stone; she is also more than she seems. Is the newest Teen Titan an ally or a threat? And what are the mercenary Deathstroke’s plans for the Titans? – (Source)

The Good:  I was pleasantly surprised at how good of a job was done adapting the JUDAS CONTRACT comic book story into a pretty tight movie that managed to keep a lot of what made the original story so good and fit a lot of really cool extra stuff in without making the movie seem rushed at all. They even kept in a call back to the creepy and inappropriate relationship that Deathstroke had with Terra which I was not expecting to even be hinted at.
Enjoyed the heck out of the flashback to the earlier Teen Titans group led by the Dick Grayson version of Robin (before he became Nightwing) that showed how he and Starfire first met. Actually I liked everything that was done with Dick and Starfire since that relationship is my favorite of the Grayson couplings in the comics.
The folks behind this movie also realized that Damian Wayne/Robin shouldn’t be the sun that this universe revolves around and dialed the character back a bit so that he was a part of the team instead of being the focal point of everything.
And in the after-credits scene that have become a staple of the DC Animated Universe, we got another character intro (from what I was assuming was only an homage to a certain someone and was happily surprised to be wrong) that is bound to make things interesting for the Teen Titans and Deathstroke in the future. 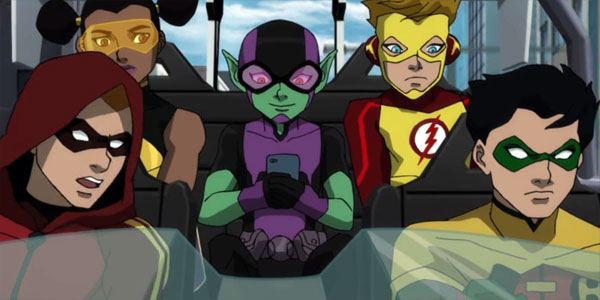 The Bad:  The Beast Boy/Terra relationship was not nearly as developed in this movie as it was in the comic book version and that hurt some of the big scenes when Terra’s betrayal was exposed. The two should have been much closer and Beast Boy should have been in deep love with Terra.
Also Brother Blood was a bit of a lame duck as the mastermind behind all of the Titans’ troubles. I was expecting more from the character in this movie. 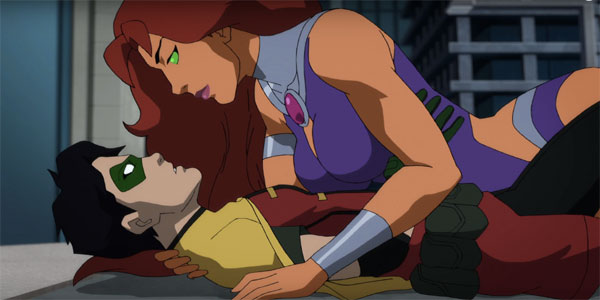 The Ugly:  Terra constantly throwing herself at Deathstroke and making sexually suggestive come-ons was even creepier in animated form than the comic book version of the two character’s interactions which went a lot further than just talk. And I am going to really miss the late Miguel Ferrer as the voice of Deathstroke. The character isn’t nearly as complex in these videos as he is in the comics but Ferrer’s voice work brought a lot of levels to lines that would have likely been pretty shallow if delivered by anyone else. 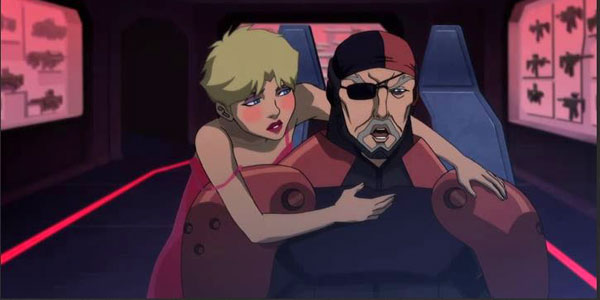 Final Verdict: Improves upon the first film from the Teen Titans section of the new DC Animated Universe and does a really great job at presenting one of my favorite comic book stories in a way that doesn’t ruin the spirit of the original JUDAS CONTRACT. A pretty fun movie that I would recommend to fans of DC’s Teen Titans or anyone who enjoys well told animated action tales.