A group of bullied kids band together when a shapeshifting demon, taking the appearance of clown, begins hunting children. – (Source)

The Good:
This film has assembled a really stellar cast of young actors to play the Losers Club. ALl of the child actors come across like actual children even when doing things that no normal kid would ever think to do (like challenging a demon clown to a face-off) and they had a wonderful chemistry with one another.
Probably the biggest surprise to me was just how great Bill Skarsgård’s Pennywise the Clown was. I am a huge fan of Tim Curry’s version from the old ABC miniseries and really did not think that anyone could even come close but Skarsgård pulled off a miracle and gives new audiences a Pennywise that is almost equal to Curry’s version. 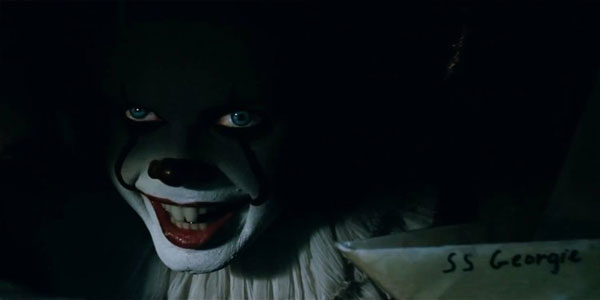 A lot of what makes Skarsgård’s Pennywise work for me is his height. Standing at 6’4 made his evil clown tower over the kids he was after which just added to his horrific aura. And the voice he decided upon, which was like some weird old children’s TV show host, amped up the creep factor.
Director Andy Muschietti was able to maintain an eerie sense of foreboding and jeopardy throughout the whole film as his version of Derry seemed to be infected with Pennywise’s evil in every fiber of its being from the extremely psycho school bully to the lecherous pharmacist, Derry was rotten at its core. 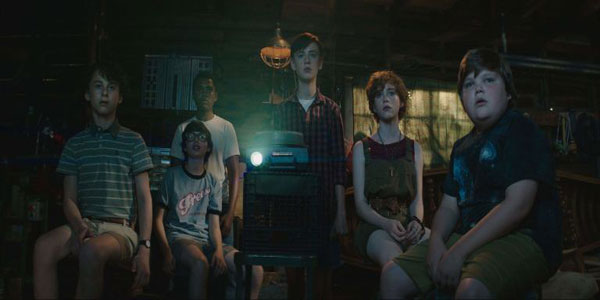 The Bad:
While the design of Pennywise was cool looking it was also immediately creepy as hell and kinda took away from the idea that anyone would consider this clown to be benign in any way. IF I saw this movie’s version of Pennywise I would run for my life.
As much as I loved the kids in this movie I did have issues with how some of the kids were depicted. Like taking away Mike having the info about the history of Derry and giving that to Ben or showing that Bill is the designated builder/designer in the group instead of Ben. A lot of those characteristics fleshed out the kids and in Mike’s case he needed a lot more fleshing out than the rest of the kids.
I also was not cool with the sorta vagueness when it comes to demented Henry Bowers fate. Is he dead? And if so what does that mean for the pretty large role he plays in the sequel? 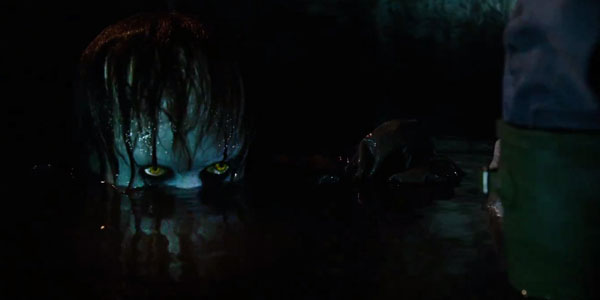 The Ugly:
I think setting this film in the 1980s was a mistake. I get why it was done but by doing so it took away a lot of things from the book that enhanced the story like the fact that moving it to the 80s seems to have been a reason for none of the kids having a handy slingshot around which then took away Bev’s agency as a proactive hero and instead she became the damsel in distress that had to be rescued. 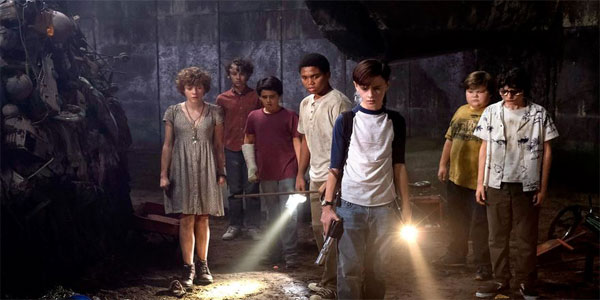 Final Verdict: A very worthy adaptation of Stephen King’s (best IMO) book with a great cast and a nice sense of foreboding sprinkled in with a lot of fun character moments. This first chapter was a delightful surprise and has me extremely eager to see what this director and writing team can do with the next chapter.