12 years after the tragic death of their little girl, a dollmaker and his wife welcome a nun and several girls from a shuttered orphanage into their home, where they soon become the target of the dollmaker’s possessed creation, Annabelle. – (Source)

The Good:
Setting this movie in a foster home full of orphan girls (including one with polio!) was a smart move because it immediately made the audience care more about the potential victims of the demonic shenanigans. And the demonic possession bits were well done if pretty standard issue for this type of film and the CONJURING extended universe in particular. 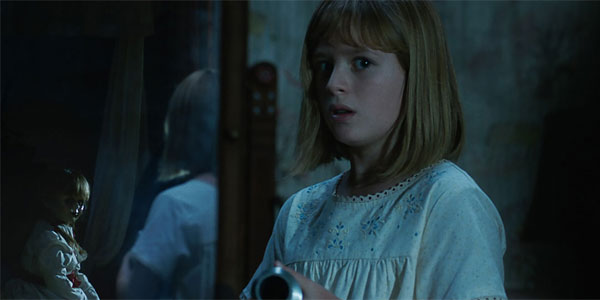 The Bad:
While I was fearful for the safety of the girls in general I really only focused on two of them and the rest of the girls were interchangeable or just downright forgettable. I even lost count of just how many of them were living in the house by the midway point of the film.
As previously noted things were a smidge on the predictable side and it seems like the movies in this universe all go through the same steps pretty consistently to the point that you feel like watching a paint by numbers type of movie. 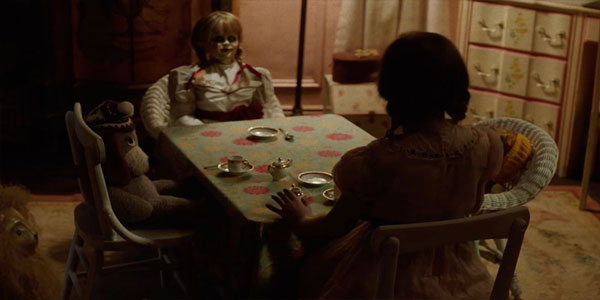 The Ugly:
What the hell was the point of that hideous doll? Because this was a straight up demonic possession/haunting movie that seemed to be as bored with the Annabelle doll as I was after that terrible first film and went out of its way to make the film’s focus be on almost everything in and around the house but that damn doll. I didn’t mind it that much but it was pretty odd to realize while watching a movie about a possessed doll that was more about possessed children, a haunted house and demonic scarecrows. 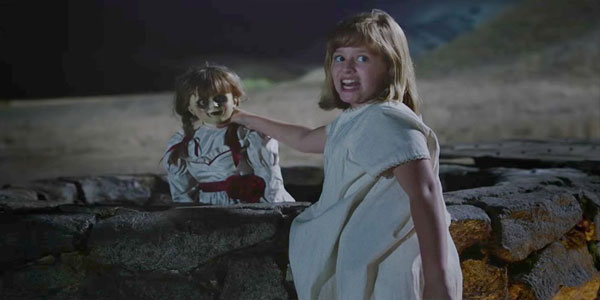 Final Verdict: An improvement over the film that preceded it but still not as good as the CONJURING films that it spun off from. Some of the film felt very familiar but director David F. Sandberg pulled off those parts very well and by not making the film as much about the doll as the previous film, he delivered a more satisfying cinematic experience. If not by much.