A family become imprisoned in their home by intruders, who force them to play a life-and-death game, where the mysterious rules become clear as the night unfolds. – (Source)

The Good:
Yeah…I’m trying to think of something good about this movie but I am coming up with nothing.
Zip.
Zilch.
Nada.

The Bad:
The cast of this movie was full of familiar faces who all seemed to have decided that the time spent on this set was when they all were going to forget everything they have ever learned about acting and just phone their performances like they had just found out their checks hadn’t cleared or something.

Also the whole concept of this film was goofy enough the 7 or 8 times it was done in similar fashion on CRIMINAL MINDS but this stupid movie ratcheted up the nonsensical factor to a thousand which made this crapfest even harder to take.

And how the fuck is a guy killing people by smothering them with a plastic bag that he wore as a mask through the whole goddam movie? That was some bullshit.

The Ugly:
The monthly overhead for the murderous shenanigans of the shadowy group of bad guys who terrorized the main family in this movie must have been astronomical. They had what seemed like a million cameras, several drones, all sorts of computer equipment, multiple vehicles and what seemed to be an endless supply of little red bows…that shit adds up! And they didn’t even bother to charge people to watch their murders or even included pop-ups or anything on the site they streamed their escapades from. 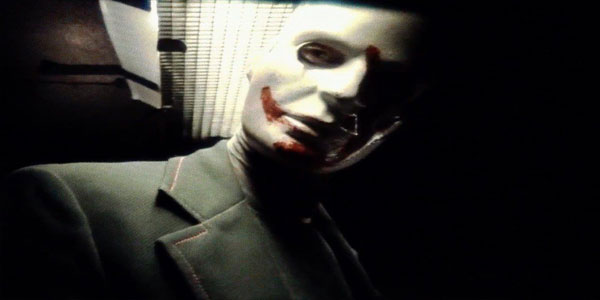 Final Verdict: I felt brain cells dying as I watched this so I wholeheartedly warn anyone who is contemplating giving KEEP WATCHING a shot to go do something else…anything else. Take a walk, read a book. Do anything that will spare you the 90 or so minutes of awfulness that I sat through.