A family is forced to live in silence while hiding from creatures that hunt by sound. – (Source)

The Good:
The thing I loved most about A QUIET PLACE was the constant tension that permeated nearly every scene. Even before the audience was shown exactly what this surviving family was so scared of the tension immediately grabbed you. And once we were shown the creatures they needed to maintain silence to avoid that fear and tension was ramped up a hundred fold. Every time the quiet was broken up by any loud noise I tensed up like there were sound sensitive man-eating monsters in the movie theater waiting to rip my head off for eating my popcorn too loudly. 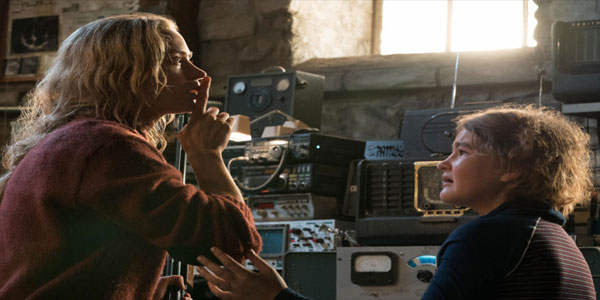 That feeling of almost non-stop coiled impending dread can be credited to John Krasinski who did an amazing job in his directorial debut. This was a difficult project to dip one’s toes into the directing sphere on and Krasinski knocked it out of thew park. I cannot wai to see what he does next.
I would be remiss to not mention how wonderful the chemistry was between Krasinski and his real life wife Emily Blunt as the parental units in this family struggling to survive in silence. A lot of times real life couples can end up being duds in the chemistry department but you felt the bond between these two characters in this film and the affection they felt for one another despite the circumstances they were in. 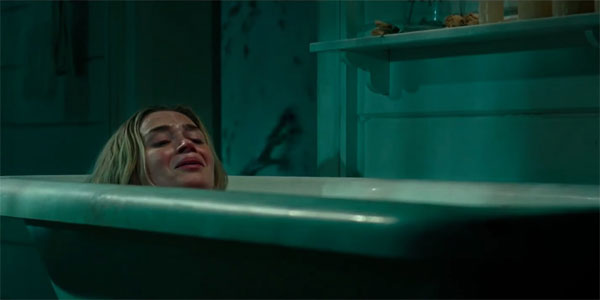 And the design of the creatures was fantastic. They were big scary and powerful looking with some really cool anatomical touches to visually display their acute method of picking up sound. 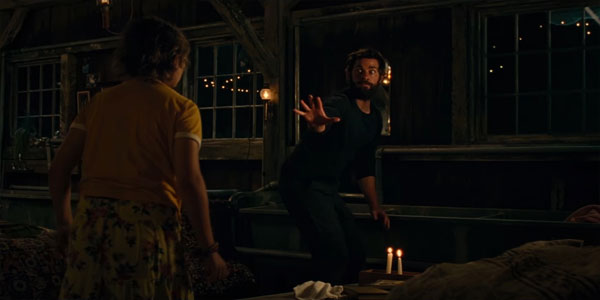 The Bad:
If this movie has any message at all it is that children are the worst especially in a post-apocalyptic scenario. The children in this clan were some of the most annoying, obnoxious, useless little buggers to ever grace a movie screen and I spent the entire movie being perfectly fine with the idea of all of them becoming creature chow. 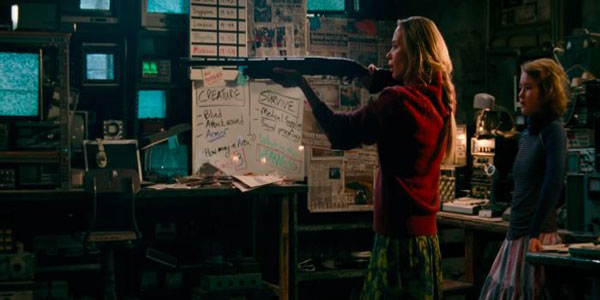 The Ugly:
The “BIG SACRIFICE” in this movie was really underwhelming since it ended up not really not accomplishing much at all as far as the plot was concerned. It was also telegraphed so blatantly that it held very little emotional resonance for me. 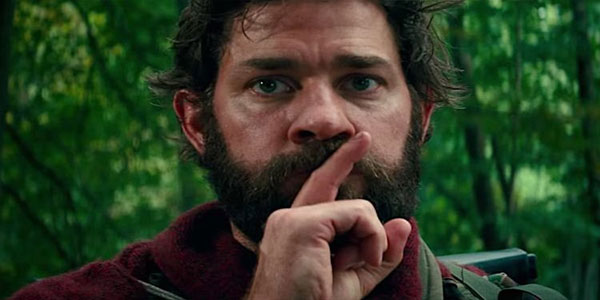 Final Verdict: A legitimately nail-biting horror film that is fun and original thanks to a truly impressive turn by first time director John Krasinski.