A young woman, while attempting to save her father during a category 5 hurricane, finds herself trapped in a flooding house and must fight for her life against alligators. – (Source)

The Good:
Alexandre Aja did a great job of making the tension rise up to alarming levels even with a crop of movie monsters that had about as much personality as a can of paint. Every time a character in this movie came anywhere near where an alligator the anticipation of them being eaten was intense. And even better the moments where the alligators attacked and the character(s) were able to evade death were even more enjoyably tense.

As the anchors in this film, Kaya Scodelario and Barry Pepper did great jobs. The two actors had very realistic father/daughter chemistry and made the estranged nature of their relationship relatable and real. And in the action scenes they were very convincing. Especially Scodelario who had to pull off being a top level collegiate swimmer. 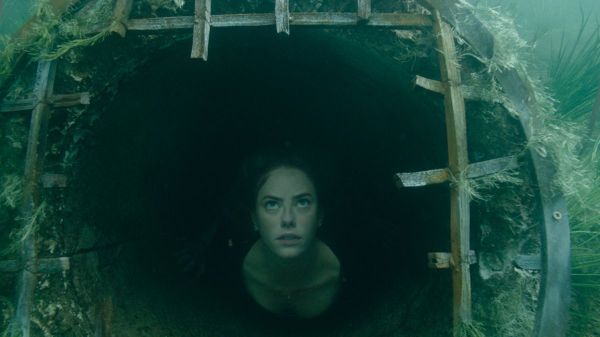 Those were also some damn finely rendered computer generated alligators. Not sure what the budget was for this movie but I assume it was not a lot of money yet I never was taken out of my enjoyment of the movie by noticeably janky CGI gators.

The Bad:
For as much as I enjoyed CRAWL, this movie felt restrained to me. It was like there was a bigger, bolder, more outlandish movie waiting to surface but was kept under water by the folks behind the scenes.

There were plot points that were dropped that seemed to be taking the movie in a wilder direction that were never picked up again. And as a fan of these kinds of movies what really makes them work for me is when the animal/human being conflict becomes personal and the critters wrecking all the havoc are able to be accounted for so that as the heroes dispatch them the audience becomes more and more invested.

JAWS worked because it seemed like the shark had a personal beef with Brody family. ORCA worked because it was basically Moby Dick as a bloody revenge shlockfest. CUJO worked because the characters in the movie were fighting for their life against the family dog and not just a random dog that wandered in from the cold. DEEP BLUE SEA became one of my favorite bad movies because there was a defined group of sharks attacking LL Cool J and Samuel Jackson…this wasn’t just a stray group of sharks with no backstory. These were a gang of genetically modified asshole sharks who I could root against. 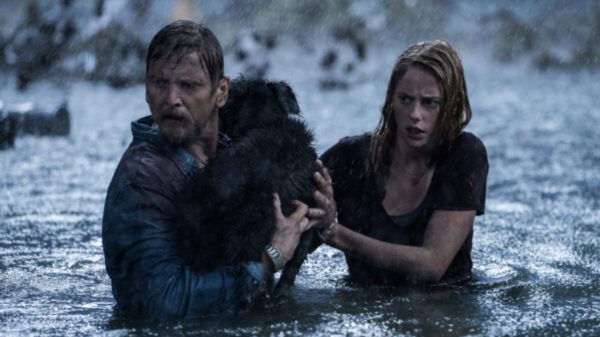 With CRAWL the idea that a local gator farm got flooded and the gators from there got washed into an unsuspecting family’s basement would have gone a long way to making the narrative focus of the movie tighten up and creating a different level of rooting interest. I couldn’t really get mad at a bunch of alligators who just happened to be doing what comes naturally to them.

The Ugly:
I probably grew in 50 or so new gray hairs with all the worrying I did that the cute little pooch, Sugar, was going to become gator food. My nerves were shot every time that damn dog was on the screen.

Final Verdict: A fun enough “Man vs Nature” movie that ratchets up the tension and gets good performances from its two leads but I could never stop thinking about how the filmmakers seemed to restrain themselves from going as completely over the top as they could have.