A couple travels to Sweden to visit a rural hometown’s fabled mid-summer festival. What begins as an idyllic retreat quickly devolves into an increasingly violent and bizarre competition at the hands of a pagan cult. – (Source)

The Good:
Above all else, MIDSOMMAR is a beautiful film. The colors, the scenic establishing shots, the way psychedelic trips were conveyed, everything in this movie (even the gross stuff) is shot majestically. This might be one of the most aesthetically pleasing movies I have ever watched. Cinematographer Pawel Pogorzelski does amazing work here and I hope he gets recognized for it when awards season rolls around.

Writer/director Ari Aster has proven himself to be an absolute master at creating an almost unrelenting sense of impending doom in his movies because he was able to do the same thing in HEREDITARY, albeit in a different way, that he did here with MIDSOMMAR. With every movement of the camera or framing of a scene, Aster keeps his audience on alert that something horrific is just a moment away even if the moment passes and nothing actually happens. It is a great talent to have as a horror movie maker.

I was also impressed by Aster’s decision to make the majority of this movie take place in the overly bright daylight. There were night-time scenes here and there but the majority of this movie is shot in the day which means all of the bad things that eventually start to happen all occur under a beaming sun and on idyllic looking grassy plains. There is nothing waiting in the shadows to jump out because there are no shadows. The evil is always illuminated and staring the characters in the face, they just don’t see it until it is too late.

The Bad:
I hated every human being in this movie. All of the characters are either dreadful assholes, barely fleshed out non-entities or interchangeable creepily smiling Swedes. The fact that the primary characters all fall under the dreadful asshole banner presents a huge problem because a horror movie needs to either: make you like a character so much you don’t want anything to happen to them and actually feel something when harm inevitably comes to them or make you hate a character so much that you cannot wait to see them suffer whatever horrible fate they are doomed to meet.

In MIDSOMMAR we get robbed of the visceral joy that comes from watching unlikable characters suffer horrible fates because these horrible characters are either dealt with off-screen or they are dispatched in ways that don’t really satisfy what I was looking for as an audience member. 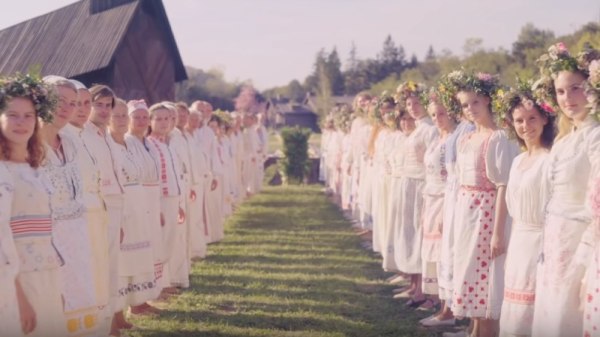 This movie is also a cacophony of senses assaulting sounds from Florence Pugh‘s absolutely migraine inducing crying howls to the ear splitting songs and calls the wacky Nordic cult loves to bellow out at the top of their lungs. 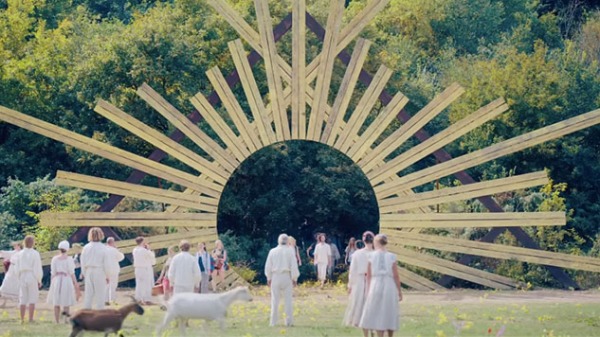 The Ugly:
The last 30-35 minutes of this movie may be some of the least enjoyable moments I have ever spent in a movie theater. All of Ari Aster’s more self-indulgent filmmaking tendencies are exhibited at heightened levels and what he put on the screen becomes an obnoxious assault on the senses that evokes nothing but annoyance at everything that is happening and a desire to get this experience over with as quickly as possible.

Final Verdict: Sitting through MIDSOMMAR is a jarringly uncomfortable experience and not because of the horror elements of the movie like it supposed to be but because of the obnoxious choices of a young director allowed to indulge his worst instincts. The movie is beautiful to look at but a massive chore to sit though.