OK, let’s get one thing out of the way up front…I am a huge Firefly fan. I was eager for it to premiere when news of a Joss Whedon space western show was first released to the public; I watched every episode religiously during its short lifespan as a TV series; I ran out and bought the DVD on the day it was released; I was first in line to see the Serenity movie. I consider it to be the best thing Joss Whedon has ever done (even better than Buffy The Vampire Slayer).
That being said, I am very happy that the show died when it did. 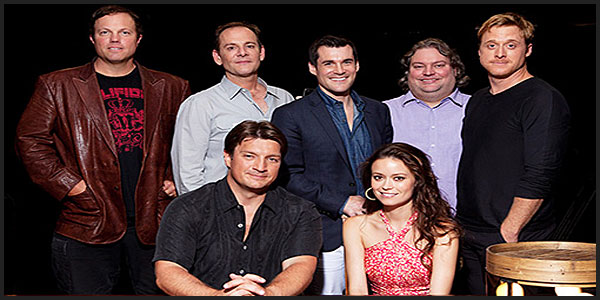 Why you ask would I be happy that a show I proclaim to love was cut short? Well the reason came to me while watching the Firefly reunion special on the Science Channel that aired last weekend. Now this special was great, it gathered together the majority of the cast along with executive producer Tim Minear for a round table discussion that was quite good. They shared stories and the camaraderie and affection between the cast was very evident. But it was during a segment where the discussion turned to what would have possibly happened on the show if it hadn’t been canceled that sealed the deal for me in regards to this show dying at the right time. Tim Minear revealed the long range plans for the character of Inara were to be as follows:

“She had this magic syringe, she would take this drug and if she were, for instance, raped, the rapist would die a horrible death. The story was, she gets kidnapped by Reavers. and when Mal finally got to the ship to save her from the Reavers, he gets on the Reaver ship and all the Reavers are dead. Which would suggest a kind of really bad assault. At the end of the episode, he comes in after she’s been horribly brutalized, he comes in, he gets down on his knee and he takes her hand and he treats her like a lady.” 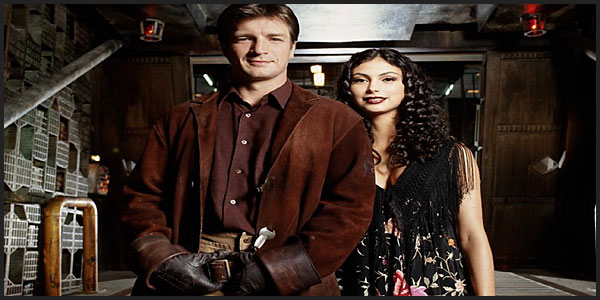 Really? A brutal gang raping would be the method by which Mal would finally treat Inara “like a lady” and look past her profession as a companion? That is the most insensitive assholey idea I have heard in a while. Now, I understand that works of fiction have a long history of using rape as a plot device. Everything from novels to comic books to TV shows to movies have had instance where a woman’s rape has been used to further story or character development. But just because something is an over-used trope that doesn’t mean it should continue to be used especially if the end result is to make a male character finally treat the assaulted female character with respect. It is just lazy and borderline misogynistic because the brutalization of a female character becomes all about the feeling of the man. And at the same time there seems to be a sense that Inara would be punished for being a “whore”…her choice of profession seems like a justification for her rape as if she deserves it in some way.

Hell, soap operas have been using rape as form of redemption for years; basically a way to turn a villainess into a heroine (look up Marty Saybrooke on the defunct ABC soap opera One Life To Live) but at the same time there is this compulsion to go about making the rapists into romantic leads (Todd who raped Marty on OLTL or Luke on General Hospital who became one half of the biggest couple in soap history with the woman he raped on General Hospital). Now I am not a snob who looks down on the soaps but I am perfectly fine with stating that the writing on soaps is not exactly the pinnacle of smart fiction so I would hope that a show I love wouldn’t descend into the muck of a genre that resurrects the dead with more frequency than people change their underwear.

This all just disappoints me because I have always held the belief that Joss Whedon would never deliver something so hackneyed and almost anti-woman. I mean he created Buffy! And Zoe! He is the standard by which I say all male genre writers should aspire when it comes to writing strong and complicated female characters. But this idea that Mal and Inara’s “will they/won’t they” relationship needed a gang rape as the impetus to get them into the full on romantic zone is just offensive.
So that is why I am glad the show ended when it did. Because now I have my own fanboyish ideas of how Mal and Inara and the rest of the crew are existing as they fly through space having all sorts of hijinks and none of them include gang rape.
And now I will step down from my soap box and throw in my Firefly DVDs…this weekend seems like the perfect time for a marathon.