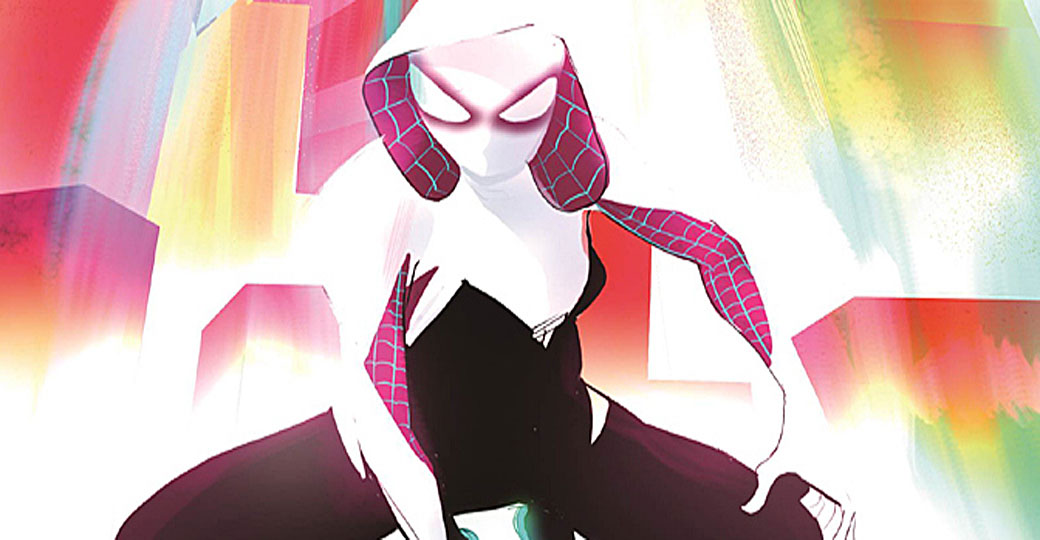 Synopsis: Gwen Stacy is Spider-Woman, but you knew that already. What you DON’T know is what friends and foes are waiting for her in the aftermath of Spider-Verse! From the fan-favorite creative team that brought you Spider-Gwen’s origin story in EDGE OF SPIDER-VERSE, Jason Latour and Robbie Rodriguez! – (Source)

The Good:
Damn, that costume is cool as heck. Artist Robbi Rodriguez deserves all the props for coming up with a design that was an instant sensation and should get probably 99% of the credit for this character’s success with fans.
I also like the upside down universe that Gwen Stacey lives in. Aside from Gwen having been the one bitten by the radioactive spider and becoming Spider-Woman, there are more changes like: Peter Parker is dead, Matt Murdoch is The Kingpin, Mary Jane is the frontwoman of a rock band, and Ben Grimm is a beat cop. All fun twists on established characters. {;us the main baddie is The Vulture and he is one of my favorite Spider-Man villains of all time.

The Bad:
Gwen’s Spider-Man like snappy banter comes off as a bit too forced. I get that Latour wants to show her as the same type of hero that Peter Parker is in the regular Marvel Universe but toning down the wisecracks would be a good move.

The Ugly:
“Spider-Gwen” is an idiotic name for a character and an even worse one for a comic book.

Final Verdict: A fun book that is beautifully drawn and features some nice twists on established characters. Some of the dialogue is forced and the title o the book is just awful (why not “Gwen Stacey: Spider-Woman or something?) but SPIDER-GWEN #1 is a nice start for this popular character and a welcome addition to the list of hipster/cool women-led comics that was started with the Batgirl comic book’s overhaul.