The Good:
This movie is beautifully shot and cinematographer Matthew Libatique should be commended for his work here.
I also have to admit to being impressed by the balls of Spike Lee to even think of making this type of film as a way to address the rampant gun violence in poor black communities in the USA.
On the acting front, Teyonah Parris delivered an energetic performance and shows a certain charisma that makes her hard to take your eyes off of when she is onscreen. And Samuel L. Jackson was having the time of his life as Dolmedes, the narrator/solo Greek chorus. 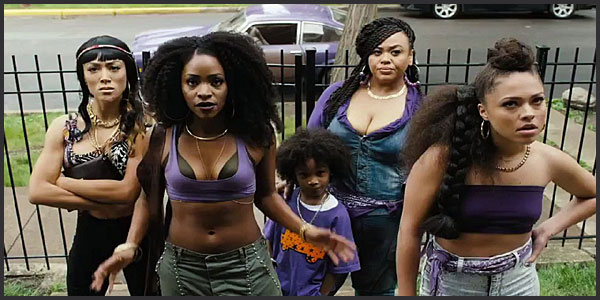 The Bad:
This movie was more often than not overly preachy and incomprehensible with so many moments of manipulative sermonizing. It was like an unstoppable barrage of moralizing being beaten into the viewers head for the entire running time of the movie. And its worse crime is that it is not nearly as fun as it should be considering the type of film it is that Lee chose to make. It fails as satire, it fails as a musical and it fails as a comedy.
Also the decision to have all the dialog spoken in clunky poorly constructed rhymes was one in a long line of bad decisions on Lee’s part. 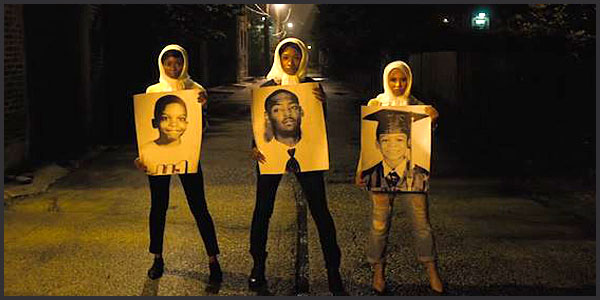 The Ugly:
What possessed Spike Lee to cast Nick Cannon as a gangster rapping, gun-toting gang leader? Nick Cannon is a cornball and doesn’t have the necessary acting chops to overcome his inherent corniness.
But even worse than Cannon’s casting was the casting of Wesley Snipes as the rival gang leader. Cannon at age 35 was too old for the role of a Chicago gang leader but Snipes in a similar role at damn near 60 was freaking ridiculous. 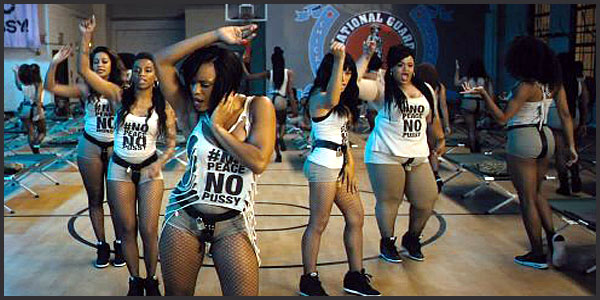 Final Verdict: A valiant attempt to address, in the most creatively out of the box way possible, a current problem that desperately needs addressing. Sadly, Spike Lee never quite manages to corral this messy, preachy, scattershot film into something that actually hits the bulls-eye he is aiming for. And even sadder is the fact that the audience that most needs to be reached by a film like this will either dismiss it immediately or not be very receptive to the message Lee is trying to send.