The Good:
This movie is so infectiously charming and goofy in its free-form almost entirely improvisational flair. From the vampire BFF’s cluelessness to the modern world they live in to the mundane inanities of their every day lives to the hilarious introduction of a modern 20something vampire to their world (and his best mate Stu who everyone loves instantly) to the other supernatural beings whose lives are far more average than one would assume, this movie kept a perpetual smile on my face.

And a special nod goes to the pack of genial werewolves whose scenes were some of the funniest in the entire movie.
I also love just how chintzy the effects are because even bad wire-work flying and novelty store level costuming only add to the charm of the movie. 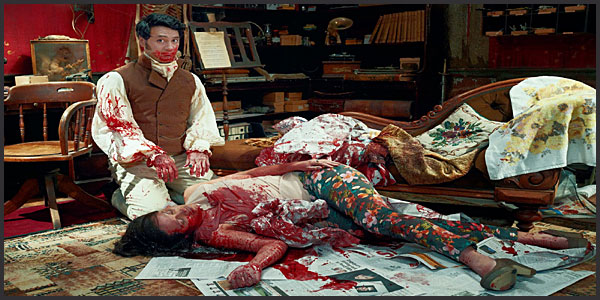 The Bad:
I loved every second of this film…I guess its a bad thing that it wasn’t longer.

The Ugly:
Poor Peytr…he deserved so much better.

Final Verdict: A hilarious mockumentary that feels like a mash-up of THE OFFICE and BRAM STOKER’S DRACULA and in a more just world would have been the pilot to a weekly TV show that I would watch religiously.