The Good:
THE WITCH is a gorgeously shot movie and the attention to detail in making everything from the clothing to the housing look so authentically 17th century should be commended. There were also a few scenes that were able to sustain a certain eerily unnerving atmosphere to them. It would have been great to have a lot more of that.
Black Philip may be the most accomplished goat actor I have ever seen on any screen. 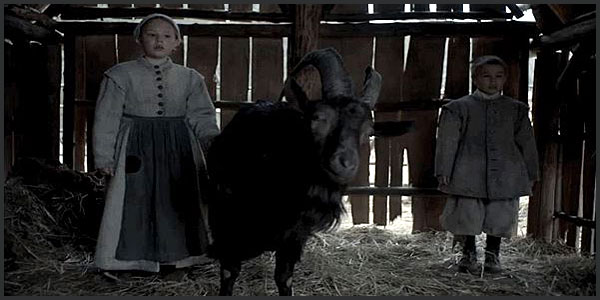 The Bad:
As much as I was impressed by the actual acting skills of the cast none of that was able to make me care one iota about this family or anything that ended up happening to them. The father was a lunkhead, the mother was a harridan, the eldest daughter was a bit of a cipher, the eldest son was ho-hum and those twins were interminable little beasts whose default settings seemed to be total obnoxious annoyances.
I also felt that no one’s behavior made much sense from the awful family to the witches to the Satanic goat. And the eldest daughter’s rapid switch from scared, grieving, confused teen to full on giving herself to the Prince of Darkness mode was a bit too fast for me.
There were also so many slow, sedimentary scenes that I am assuming were supposed to give you the heebie-jeebies but only served to annoy me. 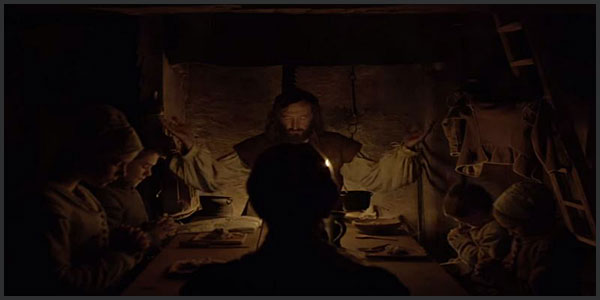 The Ugly:
Anyanka Christina Emmanuella Jenkins was right…bunnies suck. And bunnies that stare at you all creepily like the rabbit in THE WITCH are the worst. 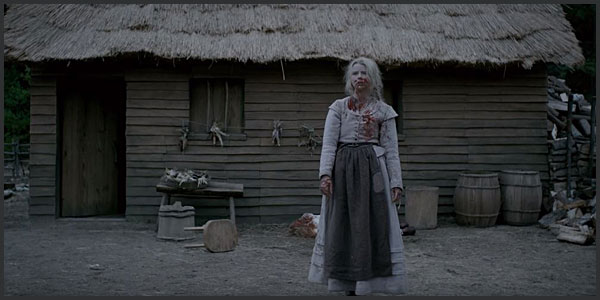 Final Verdict: A well made and well-shot film that has a nice (if infrequent) unsettling air to it but all in all is a bit of a slog to get through with awful characters and bewildering behavior by human and animal alike that just did not help to truly grab me. And I also tend to like my witches to be a bit more fabulous.