A virus spreads through an office complex causing white collar workers to act out their worst impulses. – (Source)

The Good:
Steven Yuen pulls off a perfectly credible Every Man turned violent rage-aholic and Samara Weaving, who I have become a fast fan of after watching her in THE BABYSITTER and as poor doomed Heather in ASH VS EVIL DEAD, matches Yuen step for bloody step. The two actors also have a nice “will they/won’t they” chemistry that adds a little romance to the gruesome proceedings. 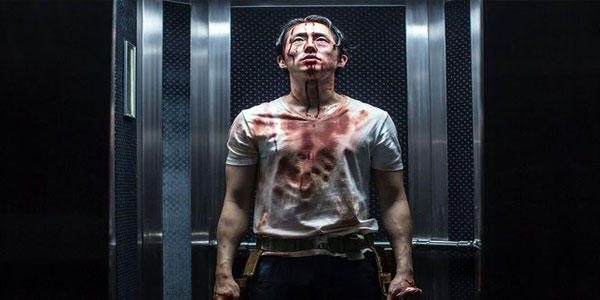 Caroline Chikezie and Steven Brand deliver strong performances as the bigwigs “upstairs” who anyone who has ever worked in a corporate environment will recognize (and loathe) immediately. And Dallas Roberts is wonderful as the enigmatic human resources guy known as “The Reaper”.
Joe Lynch does a really good job directing things too. He gives all the action a frenetic, music video on a sugar rush feeling to it that fits this movie perfectly. 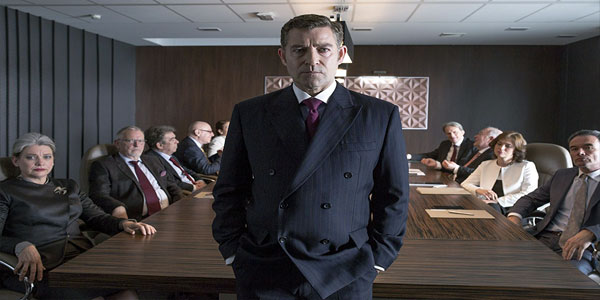 The Bad:
The plot to this film is about as thin as a piece of notebook paper and there are some moments where the movie tends to drag a bit as you wait for the next big violent action set piece. 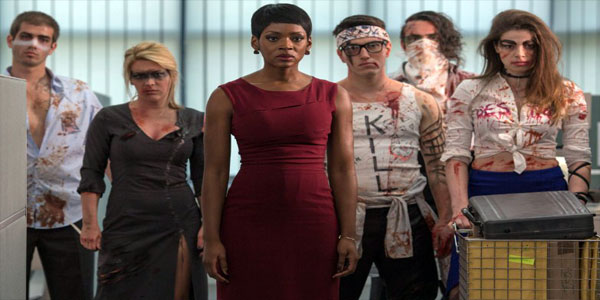 The Ugly:
Poor Ewan. He deserved better than what happened to him.

Final Verdict: A joyously chaotic mess of a comedy/horror film that gets by on winning performances and chemistry from its two leads and more than enough stylistic ultra-violence to entertain the most bloodthirsty horror movie aficionados.