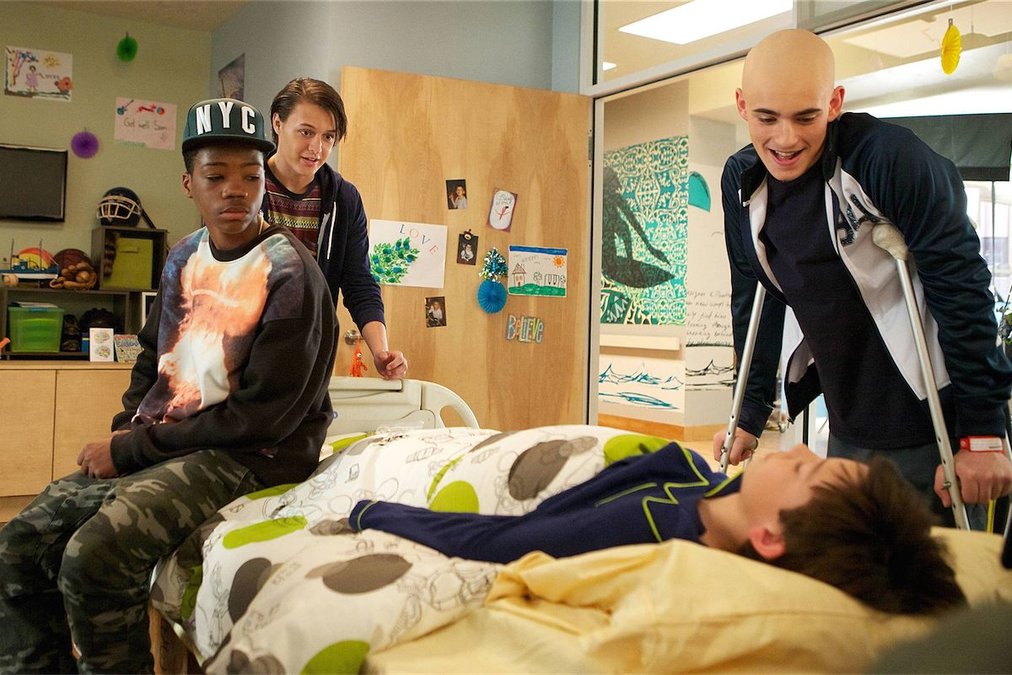 Synopsis:A dramedy set in a Los Angeles hospital’s pediatric ward, where teen patients deal with life-threatening illnesses and bond over their experiences. A remake of the Spanish series “Polseres vermelles.” (Source)

The Good:
This is basically THE BREAKFAST CLUB with life threatening ailments and despite how depressing that one line elevator pitch may sound, this show never feels bleak or maudlin. Sure it is emotionally manipulative but what show about children with cancer and heart problems wouldn’t be? But to the show’s credit it doesn’t plunge so deeply into the schmaltzy realm of emotional manipulation that something like THE FAULT IN OUR STARS was guilty of. It’s shmaltz but it is OK schmaltz.
What helps matters is that THE RED BAND SOCIETY has a very well cast group of kid actors delivering the tugs on the audience’s heart strings.

The Bad:
Now I can forgive schmaltz in general but the schmaltzy dialogue can be a bit much at times. Having one teenager tell another before his leg amputation surgery that they can cut off your leg but “they can never cut into your soul” is way too groan-inducing for words. As long as they show these kids acting like kids the show works but when they get way too introspective and reflective for their ages it becomes hard to take.
There is also a gimmick where the sick kids can all communicate with a fellow child who is in a coma when they are unconscious that feels jarring when placed in the real world context of the show. I am all for supernatural elements on my TV shows but not when the world that has been established is so normal, everyday real life.

The Ugly:
What is wrong with Hollywood that Octavia Spencer can’t parlay her Oscar into more than a “sassy black woman” supporting role on a TV show? She can’t even get a lead role in a pilot just for her or anything? That’s messed up.

Final Verdict: A nice ensemble cast in an interesting setting serves to overcome the sappiness more often than not but when the show succumbs to the cheesy heartstrings tugging it can be painful. The show has potential but I think less mawkishness all around and a better use of the great Octavia Spencer can only help things.