Synopsis:Given superstrength and durability by a sabotaged experiment, a wrongly accused man escapes prison to become a superhero for hire. (Source)

The Good:
This show is unflinchingly and unapologetically black. From the majority of the cast to the music selections to the setting to the dialogue…LUKE CAGE proudly wears the label of a “black TV show”.
Speaking of the cast, I don’t think you will find a better casted show than this. Everyone fits the characters perfectly and as someone who has read every Luke Cage comic book from the 1970s, the casting director should be given a bonus check for a job well done. Mike Colter really found his groove with the character of Cage in this show too, he expanded on what he brought to the character in his supporting role on JESSICA JONES while showing a massive increase in comfortability in Cage’s skin.
The rest of the cast does a bang up job too especially the villains of the show. In LUKE CAGE we get a truly impressive feat from a Marvel property (since Marvel is not too good at giving audiences compelling villains) with 3 really good villains.
Mahershala Ali brings nearly Shakespearean levels of tragic pathos to the role of Cornel “Cottonmouth” Stokes and Alfre Woodard shines as villainous Councilwoman Mariah Dillard. She and Ali also have a very complex chemistry as cousins and partners in crime. Erik LaRay Harvey rounds out the evil trio as Willis “Diamondback” Stryker and he plays Stryker with a demented glee and delivers all of his lines in such a lyrical manner that its almost like he is singing when he speaks.
I also cannot leave out the amazing soundtrack in this show. Every song is perfectly used and adds so much to the scenes they are played in. With artists ranging from Raphael Saddiq to The Wu-Tang Clan to The Del-Fonics to Dusty Springfield…there is a little something for everyone. 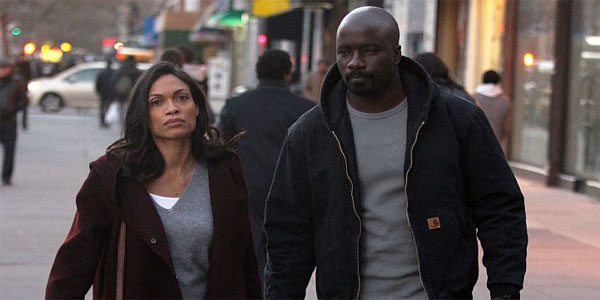 The Bad:
As much as I enjoyed Diamondback as a villain and the levels that Erik LaRay Harvey brought to the role, I was a bit bothered by his introduction since it really didn’t get set up enough within the show to match the character’s importance to the character of Luke Cage. Plus his battle suit made him look like he was wearing one of those protective helmets for babies with soft crowns.
And the unintentional hilarity of Luke’s hair and beard during his prison flashbacks sapped almost every ounce of drama out of those scenes. Whoever was in charge of those wigs and fake beards should be ashamed.
I also thought the fight choreography was pretty basic. 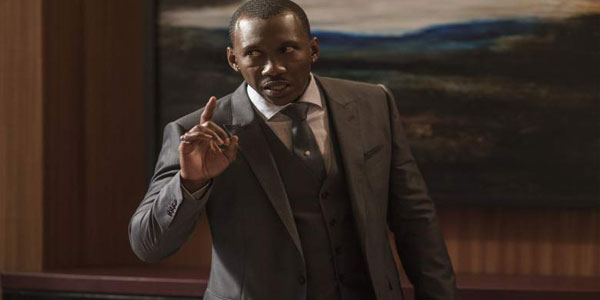 The Ugly:
Let me just repeat what I wrote in my JESSICA JONES review (with one addition): What exactly does Marvel have against awesome middle-aged black character actors? DAREDEVIL bumped off Vondie Curtis Hall midway through the series first season then JESSICA JONES does the same thing to the always super cool Clarke Peters (Det. Lester Freamon on THE WIRE) and then the folks at LUKE CAGE kill Frankie Faison far too early in the show’s run. In all of these cases those deaths were very unnecessary. 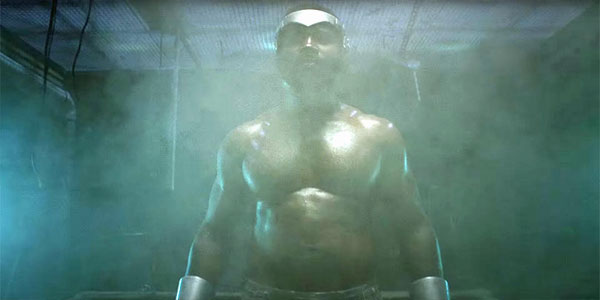 Final Verdict: I loved this show. It leaps atop JESSICA JONES as my new favorite Marvel TV show due to its tight story, wonderful cast, kick ass music and singular energy that really makes it stand out from the rest of Marvel’s Netflix offerings.