An in name only sequel to the 1967 film based on the Jacqueline Susann best-seller, BEYOND THE VALLEY OF THE DOLLS is a hodgepodge of a nonsensical Frankenstein of a movie centering on an all female rock band and their manager who travel to Hollywood to find fame and fortune but end up encountering heartache, betrayal and danger. 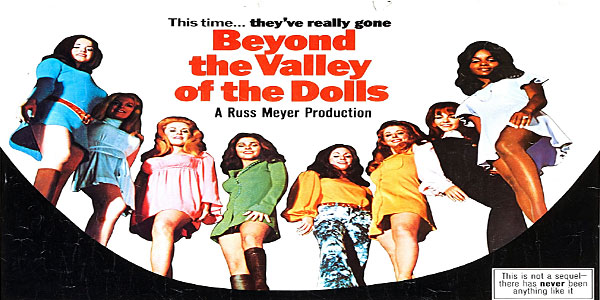 What’s So Bad About It?

It’s a Russ Meyer movie for one thing. Russ isn’t known for his ability to create great examples of movies and this one is no different. The acting is pitiable, the script is bizarre to say the least and the actual direction is distracting as all hell.